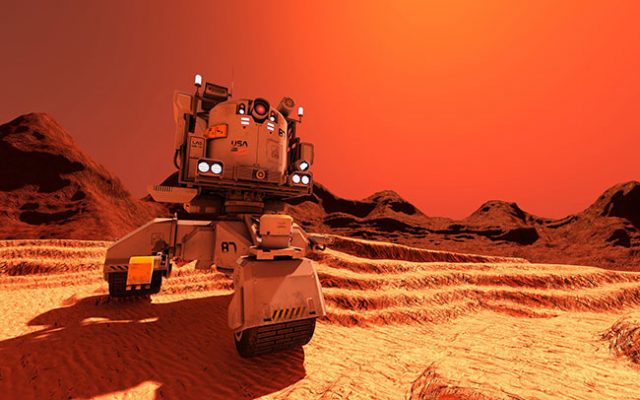 NASA’s Mars Opportunity rover has explored many final frontiers on the red planet, and in August 2018, presumably also the last of its own. After repeated attempts to establish contact with the rover over the course of the last number of months, without any success, NASA has declared Mars Opportunity dead.

Thomas Zurbuchen, associate administrator of NASA’s Science Mission Directorate, broke the sad news at a news conference on Wednesday night, after final attempts to establish contact with the rover had failed on Tuesday night. Zurbuchen addressed a group of members from the press and the room suddenly silent when the news was revealed. The speaker said that he experienced a sense of deep appreciation as well as gratitude, both as a result of the rover’s final silence, as well as the realization that the Mars Opportunity mission was complete.

The small rover had arrived on Mars on January 25, 2004. The mission was only supposed to have lasted 90 days, making the rover’s 15-year run a legendary affair. Those who had worked on the mission describe the little rover’s silence as being difficult, sad, and poignant. Opportunity sent out its last signal back to earth on July 10, 2018, after a massive dust storm had engulfed all of Mars. The rover was sadly not able to shake the last of the dust from its solar panels, and has a result, had no access to natural light with which to charge its batteries.

Just as soon as the skies had cleared, NASA-engineers commenced with repeated attempts to establish contact with Opportunity, but it just wasn’t to be.

READ MORE: Calls For Canada To Keep Its AI-Tech At Home

Curiosity Lives To Roam Another Day

John Callas, project manager of the Mars expedition, was obviously emotional when he related the story of how everyone realized that the proceedings were supposed to have reached the point that it now has; for the rover to be completely worn out so that no unused functionality remained on the Red Planet. However, now that it has happened, especially since 15 years was such a very long time, and despite the fact that the rover is but a machine, Callas describes the final call as a very difficult day for all involved.

Over the course of its mission, Opportunity, in alliance with its twin rover, Spirit, had achieved much in the way of having gathered very valuable information about the Red Plant. For one, the data revealed that Mars had once been a wet world, and most definitely capable of having sustained life and being inhabitable.

Opportunity and Spirit, who had already given up the ghost in 2010, are survived by Curiosity, who continues to roam the planet in search of answers to the many mysteries of life.