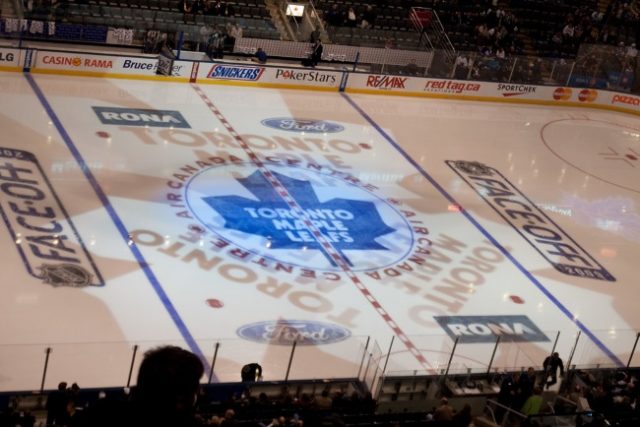 Mitch Marmer leaves a gaping hole. When he isn’t in the mix, that is. Marmer was glaringly absent at Toronto’s recent annual golf tournament. But it was expected as such in camp Maple Leafs. Marmer is after all a current topic of hot contract conversation in the world of NHL hockey. Marmer’s agents have yet to seal an acceptable deal with Toronto and as such, the free agent forward wasn’t anywhere to be seen on the day in question.

According to fellow Leaf Morgan Reilly, the team would have liked nothing better than to tee off with Marmer in the mix. Reilly commented on Marmer’s absence and said that most of the players enjoyed regular interaction with the missing piece of Toronto’s puzzle and really wanted him back. But according to Reilly, the players at the same time also realised that there was only so much to be done from their end of the field and that ultimately it was up to Maple Leafs GM Kyle Dubas to negotiate the terms of Marmer’s possible future contract with the team.

Its up to each player to get down to business and worry about his own fitness fate, concluded Reilly, in spite of the fact that the group really wanted Marmer back.

Marmer Is A Real Nice-To-Have

Marmer’s contract is an interesting bit of conversation, and one that has been trending in hockey circles for quite some time now. 22-year-old Marmer, notwithstanding the fact that is an impressive player on all counts, appears dead set on shoving Toronto right up the money wall by demanding nothing short of 8 figures per season on the pay front.

The general feeling seems to be that it may all be worth it in the end, especially considering Marmer’s stunning 2017/2018 performance. But its also true that it would be grossly unfair towards the rest of the players if Toronto were to be barely able to make essential ends meet for the foreseeable future in the event that Marmer is welcomed on board as a permanent fixture.

But for now, the Marmer issue must not be allowed to hijack the minds of the other players, said Reilly just before leaving for training camp. Each player now has his own share of challenges to navigate. Getting and staying fit is the priority for the moment and whether or not Marmer makes his reappearance must for the moment remain firmly on the back-burner as far as his maybe-future-fellow players are concerned.

Put YOUR money on the NHL. Back the team you want to WIN now!