The Day Maradona Played For A Toronto Team 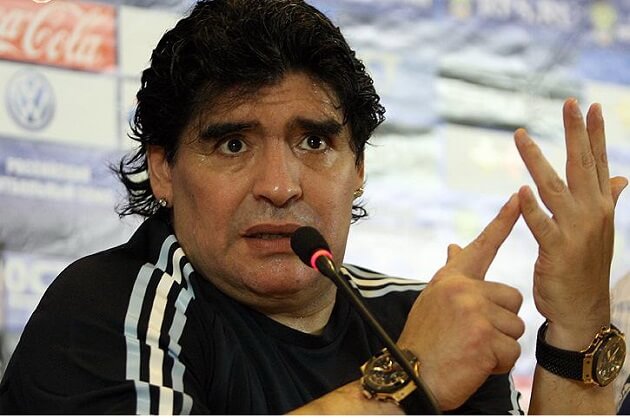 As the world mourns the death of one of the greatest soccer players of all time, former Toronto Italia coach Peter Pinizzotto’s mind inevitably drifts back to the 1996 exhibition game that saw Argentine legend Diego Maradona make a once-off appearance playing for his team. And though it happened nearly 25 years ago, it’s a memory Pinizzotto says burns bright in his mind as if it were only yesterday.

Maradona was one year away from his 1997 retirement from playing professional soccer when he visited his brother in the Ontario capital in September 1996. But even though by then already past his prime, Toronto Italia team owner Pasquale Fioccola could not resist the temptation to suggest to Maradona’s brother, Lalo, that perhaps his brother might enjoy dressing for the game against the CNSL all-stars.

He Was Lalo’s Brother, Diego

It was an unbelievable day, remembers Fioccola. This was after all a player who had set the sports world’s biggest stages and competitions on fire – and now, he was about to appear in a lower-level league game alongside his brother.

Though playing in a game that would have to bearing on his career, Fioccola remembers Maradona has having been as energetic and friendly as if he were playing in a soccer World Cup final. He was passionate about being about to play, and even warmed up as if he were to play a full-length appearance. The message was clear, said Fioccola from his home in Toronto, to Maradona, the game was as important as any other game he had ever played.

The excitement among the players was something special to behold, said Fioccola. Instead of coming off a show-off or acting like the superstar that he really was, he was normal, friendly with everyone, shaking hands with all who wanted to, and even gave out autographs to those who asked him for a keepsake.

Though he wasn’t nearly the level of player he was before, he still had that Diego Maradona magic about him, Fioccola said. And that’s exactly what the crowd saw when the legend set down the ball on the grass at Birchmount Stadium and made ready to prepare for a corner kick. Using his legendary left foot, he curled the ball perfectly into the net for the winning goal that that day emerged the difference in a 2-1 victory for Toronto Italia.

Diego played not for money or fame, but for the uniform he wore whenever he played – regardless of which team that uniform belonged to. And to Fioccola and the 6,000 spectators in the stands on that wonderful day in 1996, one of the fondest memories of all was the day Maradona played his heart out for the Toronto Italia uniform.

Bet on the BIGGEST sporting events online. Sign up at a SPORTSBOOK!