Brendan Shanahan Says Time For Talk Is Over 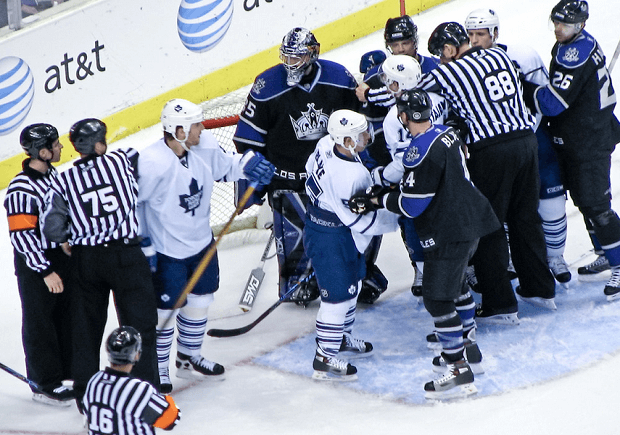 Words are no longer good enough and certainly won’t fix anything.

Such was the nature of the sentiment expressed by Maple Leafs team president Brendan Shanahan following yet another disappointing and certainly embarrassing defeat in Sunday’s elimination finale against Columbus.

The players ultimately showed up virtually to face the media – not to mention the music – and without as much as a single excuse or attempt at justification for their ongoing poor performance. What the squad did offer was an insistence that Toronto, despite the Leafs recent five-game loss to the Columbus Blue Jackets during the qualifying round of the league’s season restart, is essentially on the “right path”.

The World According To Shanahan

The focus right now, added a clearly deflated Brendan Shanahan, must be on how to improve and figuring out what changes will be required in order to achieve getting better. And getting better is a task that now befalls lucky recipient and general manager Kyle Dubas.

Dubas is after all the bloke how, after having replaced Lou Lamoriello in 2018, launched right into dishing out massive contracts to John Taveres, Auston Matthews, William Nylander, and Mitch Marner.

The result is that of very little room for movement any which way – such is the nature of an annual commitment just shy of US$40 million for the privilege of holding on to four players not yet quite in the swing of victory. Big moves now seem to be the only viable solution to a perfectly deadlocked conundrum.

The need for action isn’t at all lost on Matthews, who says he considers having a good regular season insufficient in terms of cutting the mustard. What needs to be done is a figuring out of the playoffs and a successful making it out of the first round, said the Toronto center.

And all of what Matthews considers necessary for turning the sinking ship around, so says Leafs defenseman Jake Muzzin, comes down to overcoming the initial hurdles as well as those that lie ahead, by sheer will and really wanting to succeed. Failing to learn from this, said Muzzin, would be tantamount to a disgraceful loss.

Dubas, in the meantime, has been hesitant to commit to any specific plan of action for recovery. Seemingly resigned to what the media expects of him, which is according to Dubas, his unwillingness to change his modus operandi, the man to whom the mammoth task of turning the Leafs around now belongs remains insistent on his being a firm believer in the power of constant change.

Whereas in reality, the only thing constant about Toronto has been a forever waiting game.

Back YOUR favourite team. Bet on them ONLINE!