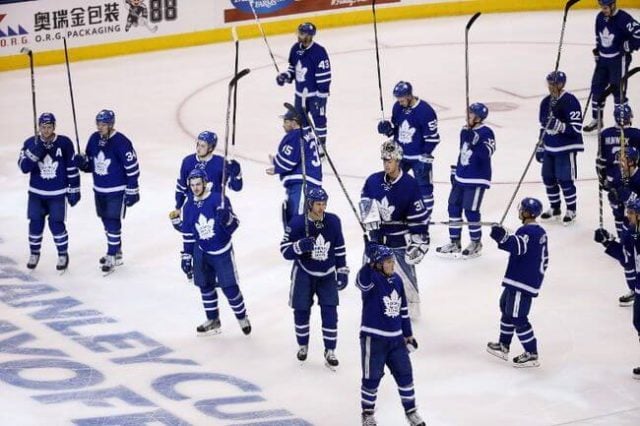 Each year; and this year for the 25th season in a row; the heat is turned up and the mercury pushed into the red, despite the fact that the weather is colder than a brass toilet seat in the Yukon. The wretched Stanley Cup curse has struck again, as evidenced by the elimination of the Toronto Maple Leafs from the playoffs on Tuesday night. What with all three Canadian teams now officially out, the curse lives on.

1993 was a good year; the last year that the cup was hoisted by a Canadian team. The Montreal Canadiens did their magic back then but no Canadian team has been able to duplicate it ever since, and so, the cup has sadly remained firmly lodged in the sticky hands of the Americans.

In fact, the only time an American team has not been awarded the win was during the 2004/2005 season when the entire thing went bottoms up thanks to an untimely lockout. Then in 2016, the unimaginable happened, even by that horrible Stanley-curse-logic. That was the year not even one of Canada’s 7 NHL teams managed to do as much as qualify for the playoffs.

Whilst there’s no use crying over spilt milk, in a way, this year was even more of a disappointment because at a stage it actually looked as if the end of the blasted curse was in sight. But alas, it wasn’t to be, despite the small miracle of Calgary having entered the post-season as the Western Conference’s top team. So much for smoke and mirrors; made all the worse by the fact that the Leafs had us all perched at the edge of our seats thanks to their supposedly strong resolve and even stronger offense. But Boston had the last say when they ousted the Leafs for the 3rd time in 7 years.

Next Year May Be CA’s Best Bet

Not to jinx a thing already obviously plagued by many jinxes, but next year may just shape up to be a game-changer for Canada. Toronto, Calgary and Winnipeg are all strapped into the safe-bet seats as far as the promise of a return to next season’s playoffs is concerned. And Montreal, having polished up their game by the looks of things, may very well join them.

Not to add insult to injury, but there is much entertainment; albeit of a darker variety; to be found in the benefit of hindsight on this particular timeline. A Canadian team last hoisted the Stanley Cup on high when Nokia ruled the mobile phone roost, Windows 3.1 was the next best thing to sliced anything and; just to get the stake of masochism in good and proper; there wasn’t yet a thing called social media.