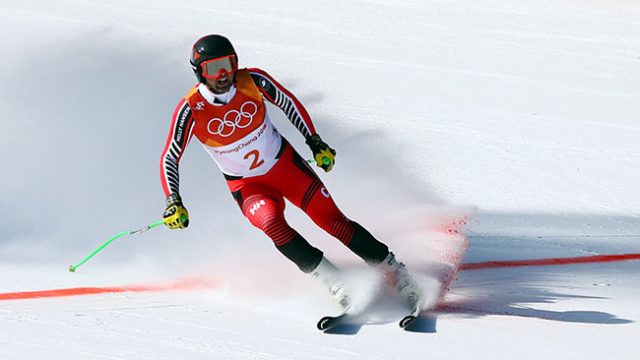 It was not long ago when the world of Canadian sports was shaken by skier Manuel Osborne-Paradis’ shocking crash at Lake Louise.

Now, Alpine Canada says that the celebrated local athlete is reportedly ‘doing well’ after he crashed during the first official training run for the upcoming World Cup men’s downhill at the lake on Wednesday.

Osborne-Paradis, who hails from Invermere in the province of British Columbia, was lifted off the site of his crash via helicopter. He was transported to a medical care facility after being assessed on-site by a first aid team, who found that the skier had sustained multiple injuries. However, this was not made public at the time of the accident.

It was revealed on Thursday, November 22 that Osborne-Paradis had become the latest ski racer in the training event to suffer a so-called training crash. The news was Tweeted by Brian Pinelli on his personal Twitter account, along with the fact that the Canadian veteran was transported off the mountain at Lake Louise. At the time, patrollers and doctors were rumored to be treating him for a knee injury.

Aside from the skier’s unfortunate fate, many of the training race’s other participants fared well on the day. Christof Innerhofer of Italy proved to be the fastest athlete on the day by far, clocking in a time of one minute 47.57. He was closely followed by two Austrian skiers: Matthias Mayer (1:47.65) and Otmar Streidinger (1:48.01).

Next up on the list of fastest competitors were Norway-based stars, Kjetil Jansrud and Aksel Lund Svindal, who came fourth and seventh in the event respectively. Another Canadian, James Crawford from Toronto, brought pride to his country by becoming the top Canadian in 35th place, while Erik Guay from Montreal came in at 69th. The latter player will soon be participating in his last official World Cup event at Lake Louise.

Training to Continue as Planned

Training will continue on Thursday, 22 November and Friday, 23 November. The remaining sessions will then be followed by an action-packed downhill race on Saturday the 24th, as well as a super-G race the day afterwards.

Place your bets online and WIN! Get great odds at top Canadian sportsbooks.