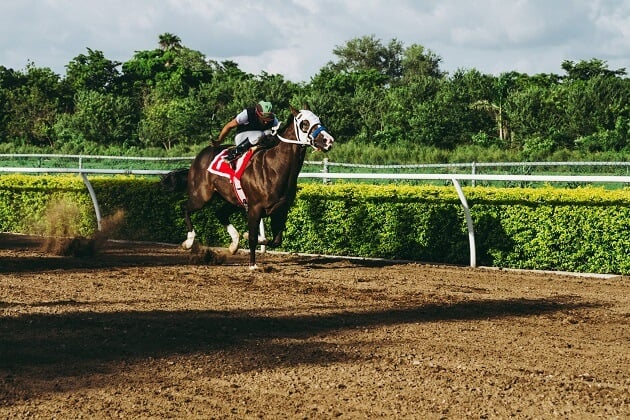 Ontario’s horse racing industry certainly faces challenging times as it continues to try and navigate towards a public health-compliant new normal. Following a strategy similar to what Woodbine Entertainment has begun implementing, Ontario’s Lakeshore Horse Racing Association (LHRA) has announced that live events will soon be in a position to resume at Leamington Raceway, albeit without fans physically present in the stands. Horse racing enthusiasts will soon be able to follow their favourite horses and races in real-time action streamed to the comfort of their own homes.

According to Tom Bain, who is a member of the Lakeshore Horse Racing Association’s board, live horse racing events will resume real soon.  Bain also assured fans that once the racetrack’s online migration is complete, they too will be in a position to not only follow the live horse racing action but bet on the live-streamed action too.

It should be noted that unlike Woodbine Entertainment with broadcaster TSN, the Lakeshore Horse Racing Association does not have a television broadcast arrangement in place. Bain has however said that this only serves as a motivation to fast-track the processes required in order for the association to adopt a modern-day approach to live television broadcasted horse racing entertainment.

Not only will a televised presence ensure that live races are in a position to continue in a financially viable manner at Leamington Raceway, but it will also attract increased new interest from fans on a provincial scale. The aim right now is to capitalise on a new tech-savvy way of doing things, said Bain, and not to miss a uniquely ideal opportunity in order to make this happen.

Ontario Racing has in the meantime announced yet another important process nearing completion, namely the Purse Reallocation Program. The funds made available in support of horse racing people in the province are provided by a joint initiative between federal government and the Ontario Lottery and Gaming Corporation (OLG). Only those horses and owners approved according to a specific set of guidelines are deemed eligible to receive financial aid.

Ontario Racing on June 4 issued a special update regarding the program and thanked horseperson’s associations like the Horsemen’s Benevolent and Protective Association of Ontario and the Quarter Racing Owners of Ontario, Inc., among others, for their support of the program and its eligibility application process.

The organisation confirmed that it has now entered into the final round of assessments and that once complete, a list of those horses found qualifying to receive payment will be published on Ontario Racing’s official website.

Betting on HORSES has never been easier. Wager ONLINE.