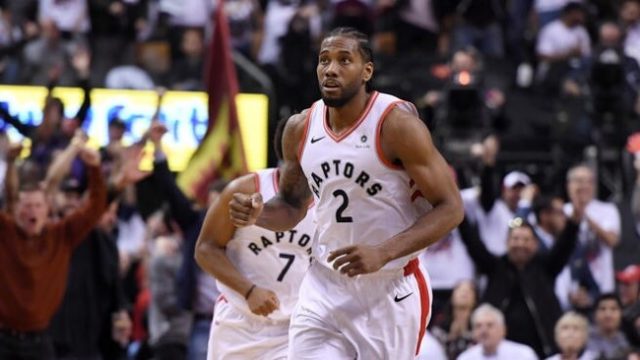 Wise old folk often say that too much of a good thing is no longer any good. We’re taking the liberty of adding: unless your name is Kawhi Leonard. The Toronto Raptors forward recently proved that the legacy of the franchise was far from over when four bounces on the side of the rim sealed the first buzzer-beater stunt ever in a Game 7, when the Raptors beat the Philadelphia 76ers in a 92-90 victory in the Eastern Conference semi-final.

Good thing that Leonard had been in full control of the shot too, as a second-round loss may have sent him packing. But the Eastern Conference final is now good and solid upon us, and it remains to be seen whether the likes of Leonard and the Raptors will be able to withstand the anticipated onslaught of the Milwaukee Bucks and their own answer to all of life’s questions: superstar Giannis Antetokounmpo.

But with that having been said, the Raptors have a lot to fight for, and may make Toronto proud yet.

Making Good On A Bet

Leonard came into the picture when Raptors team president Masai Ujiri considered him worth the gamble. He was brought in to replace DeMar DeRozan who had last summer indicated he wanted out. It remained to be seen whether Ujiri would enjoy any worthwhile returns on his bet, and now thankfully, he has.

The Raptors embarked on its current streak of losses in 2014,when LeBron James proved to be too much of a good thing for DeMar DeRozan and Kyle Lowry. LeBron and the Cavaliers has been running circles around the Raptors ever since.

But 2019 clearly marks the dawn of a new day for the Raptors, and all bets are now off as to what will happen going forward.

He Wants To Win And Have Fun

As for Leonard the buzzer-beater, his position is now reasonably safe in the ranks of Toronto. He remains a free agent, which is a matter that will no doubt enjoy renewed attention soon. The 27-year-old describes himself as a fun guy with a slightly conservative nature, as evidenced by his usually composed demeanour.

But 41 points poured into a single game and a Game 7 buzzer-beater would be enough to have anyone hollering at the moon, conservative nature and all.

When asked what he wanted most out of life and out of a career with the Raptors, his answer was offered up without hesitation: to have fun and to win.