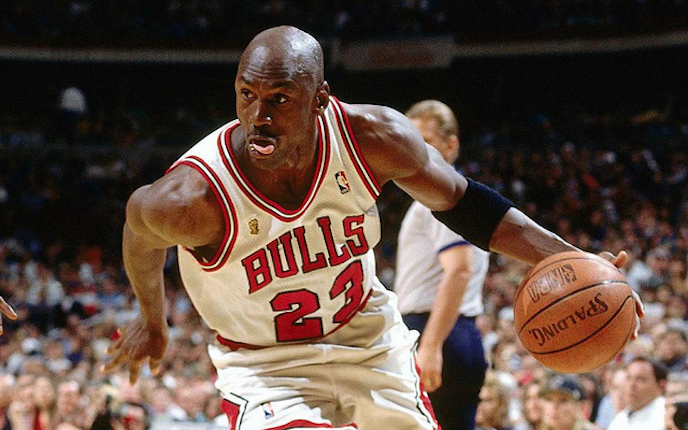 If Twitter is nuts over prime television viewing content, then it’s going absolutely bonkers over ESPN’s new documentary series documenting the life and career of NBA enigma Michael Jordan, with a special focus on Jordan’s rise to dominance alongside the Chicago Bulls. The first two episodes of The Last Dance aired on ESPN on Saturday evening, and as was to be expected, it nearly broke social media.

The initial two episodes are part of a 10-part series and needless to say, its completely shadowed the likes of Tiger King. The pilot beautifully sets the scene, allowing viewers to experience Jordan’s journey to NBA greatness, beginning with his arrival from the University of North Carolina. And as an added bonus and particularly sweet treat thanks to the way in which its presented to the viewer, the special documentary series even features former U.S. President Barack Obama, who is introduced to the viewer as a former Chicago resident commenting on the increasing difficulty experienced by those eager to buy a couple of Bulls tickets the minute Jordan joined the team.

Various former players, sports stars and celebrity A-listers commented wasted no time bombarding Twitter with their impressions of the ESPN documentary shortly after the initial two episodes were aired on Saturday evening. Los Angeles Lakers superstar player Earvin “Magic” Johnson could not stop raving about Jordan and The Last Dance, referring to Jordan as one of the greatest entertainers to ever have lived and played.

He referred to the documentary as fantastic and said that he absolutely loved all of it. Johnson said that what the documentary will essentially do is that it will educate young fans who would otherwise never have understood why Jordan is considered the greatest basketball player alive today.

Hollywood actress Gabrielle Union, wife of NBA player Dwayne Wade, said that the episodes had been damn good and expected to be kept up at night by the initial shockingly treatment of Bulls superstar Scottie Pippen. Union referred to Scottie’s contract as terrible. The story of Scottie Pippen is portrayed in the second-last episode of The Last Dance.

Actor John Cusack piped in by saying that nobody who had ever seen Jordan play would even think of arguing with his GOAT-status. Cusack said that trying to compare Jordan to any other player would be tantamount to comparing a great white shark to anything else living in the ocean.

But the real question on the lips of many is how ESPN managed to gain the type of exclusive and all-in access that so evidently was freely had during the making of The Last Dance. The final product is after all not the result of the very first person having shown an interest on making a documentary about the life and rise of Michael Jordan. Others who had tried and failed include Spike Lee and actor Danny DeVito. None of these men, or in fact any of the tens of others who had tried and dismally failed, even made it as far as an in-person meeting with the enigma that is Michael Jordan.

It seemed a thing of impossibility. Until ESPN executive vice president of content and Last Dance executive producer Connor Schell, at the time of his having first learnt of the project and its multiple failures an inexperienced young development executive, came along, that is. Connor essentially made the impossible look possible. Which really, when you think about it, isn’t all that different to what Michael Jordan did when in full-speed top-form action on the court.

How old Is Michael Jordan?

How long Did Michael Jordan play in the NBA for?

How tall is Michael Jordan?

How much is Michael Jordan worth?

Ready to bet on YOUR favourite sports? Sign up at an ONLINE sportsbook.