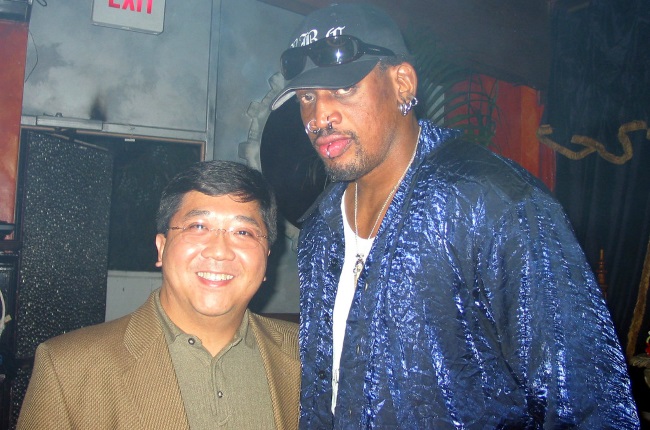 The man rumoured to have dated R&B superstar Toni Braxton is often overlooked and especially so when positioned next to The Last Dance NBA superstar and GOAT of the basketball industry, Michael Jordan. But Dennis Rodman’s absolutely unique role within the context of his influence on the NBA championships of the 1990s is ironically now amplified by exactly that: the story of the life and career that is the makings of the great MJ.

Read More... Jalen Green Set To Be The Next Big NBA Star

More than anything, viewers are once again reminded of the scope that is the man behind Dennis Rodman, and especially so his never-ending journey with women both rich and famous and both. Rodman’s persona is as bizarre as what it tends to be eccentric and even this floated prominently to the surface during the making of ESPN’s smash-hit Michael Jordan documentary.

Viewers during the most recently aired episode of the equally popular “Jalen and Jacoby”, got the entire run-down regarding Last Dance director Jason Hehir’s telling of a story not all that unfamiliar to those personally known to the strange and alluring enigma that is Dennis Rodman.

Hehir delivers a truly bizarre account of an interview conducted with Rodman during the making of The Last Dance. The story of how Rodman had showed up to the arranged interview more than two hours late in the early hours of the afternoon whilst obviously bleary-eyed and out of the secure brackets of this already-strange mind was very much a summary of a typical day in the life of Dennis Rodman at the time. It should also be mentioned right about now that Rodman wasn’t at all sure why he had been summoned for the interview with Hehir.

The level of crazy when considered within the context of what ESPN’s The Last Dance is all about – or rather who – wasn’t lost on many people.

But Hehir in his recollection of the events that took place during his brief encounter with Rodman invites the viewer to a different variety of information party altogether and one that has precious little to do with basketball, the NBA, or for that matter, Michael Jordan.

Rodman, recalls Hehir, seemed surprised at having been informed that the content Hehir was attempting to collect had to cover at least 10 hours of documentary time. Rodman’s response that 10 hours’ worth of storytelling translated to his willingness of offering up no more than 10 minutes of his time seemed even at the time, strange and completely out of place and whack.

And then of course, followed two requests completely unmatched in terms of strangeness and eccentricity. Rodman wanted, almost as a type of barter in exchange for 10 minutes’ worth of what Hehir would later describe as no more than shooting the breeze, a tuna-sub from Subway and some chamomile tea.

Suddenly, it all became clear to Hehir: Rodman had graduated from a hard-party all-day Vegas man known for a habit of requesting multiple glasses of milk when in non-slumber mode, to someone finding solace and perhaps even comfort in something as simple and apparently soothing as tuna and tea in old age.

What does the acronym GOAT mean?

Greatest Of All Time.

How old is Dennis Rodman?

Not at present. He was however married to Carmen Electra for a short period of time (1998 – 1999), as well as to two other women shortly prior and shortly after his marriage to Electra.

Does Dennis Rodman have any kids?

Yes – two daughters and a son.