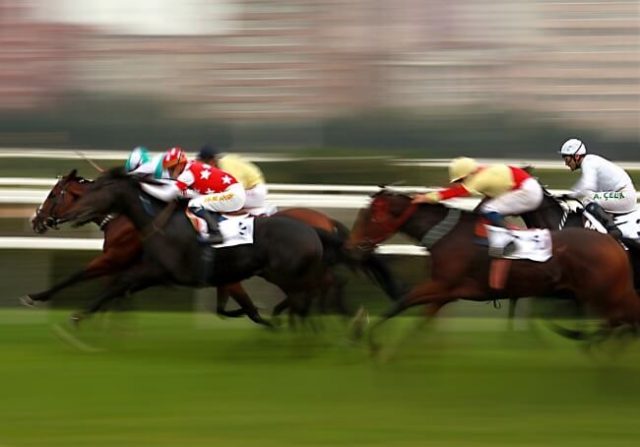 The Kentucky Derby has done it again. It has yet again managed to smash all records of bets placed on any which event hosted at Churchill Downs. On Saturday, bettors showed up in their drones to take a stab at who they thought would finish the race in pole position. To show that they were serious about betting, they wagered $250.9 million on the 14-card race. Nearly 75% of the bets placed were played on the horses running in the Kentucky Derby. That’s a smooth $165.5 million wagered on the Run for the Roses.

That’s a landslide smash of last year’s record, when a total of $149.9 million was bet on the world’s most famous derby.

Bets From All Avenues

The bets tallied include in-person and on-location bets, as well as bets received from Louisiana bettors and also online betting applications. A special instalment at this year’s event was the presence of bets received out of Japan. This was the first year that the Japanese government had permitted Japanese citizens to bet on the races. A total of $4.1 million was bet on the race by Japanese bettors alone.

KD Is Its Biggest Money-Maker

Churchill Downs Inc., by its own admission by way of commentaries added to its annual financial reports, gleans much of its revenue income from the Kentucky Derby. The derby’s success bodes well for the future of the company. Churchill Downs operates a number of casinos and racetracks all over the country.

This year’s handle shows that even those bettors not quite willing to leave the creature comforts of home for a day at the races, found a way to register their bets. Online betting platforms are changing the way we do bets, and apparently, even the way we approach a day at the races.

Not that anyone is complaining, least of all Churchill Downs.

Want to bet on horses? Get GREAT ODDS at the best sportsbooks in Canada ONLINE.