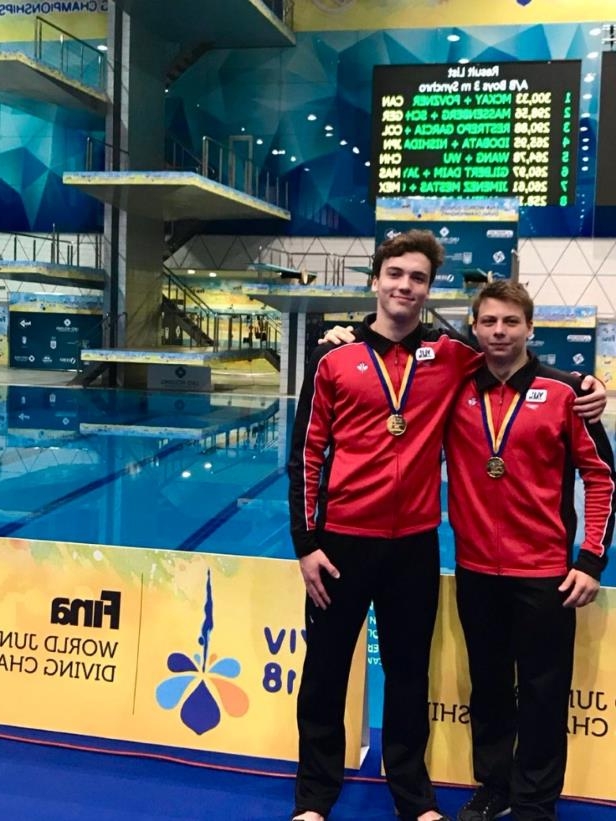 Canada is a sporting nation for sure, and surprisingly, one of the nation’s most notable strengths when it comes to sports is in the landscape of professional diving. Now, two young Canadian divers have brought home yet another incredible accolade for their country by taking home gold from the world junior championships in diving.

Victor Povzner and Henry McKay posed proudly with their gold medals after winning the men’s synchro three-metre diving event at the FINA world junior diving championships last week. Pictures of the pair were proudly posted on the Twitter and Facebook feeds of news agencies across Canada, not to mention specialist diving pages that were more than happy to dote on the two divers’ achievements.

– Don’t miss out on betting on your favourite sports team. Simply bet on Betsafe Sports and represent your preferred team! –

The Canadian Press also elaborated on the story, revealing that Henry McKay hails from Ottawa and Victor Povzner calls Maple, Ontario home. According to news sources, the pair took home their gold medal after performing spectacularly at FINA, which was held in Ukraine this year. The win was reportedly also Canada’s first medal of the diving competition.

Povzner and McKay earned no less than 300.33 points, gaining a small but significant edge against Germany’s Lou Massenberg and Karl Schone with 298.56 points. While Germany took home second place overall in the junior world championship event, Daniel Restrepo and Luis Felipe Uribe of Colombia cut a close third by weighing in with 290.88 points. 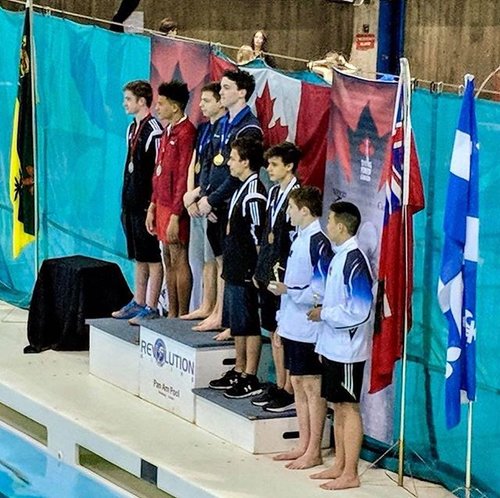 Stroke of Luck Leads to Victory

The pair of Canadian divers finished off their first-place win with an astounding twisting dive in the championship’s final round. According to McKay, this was actually the duo’s most stressful dive of all – although he did admit that being ‘in the zone’ at the time helped considerably.

The two divers also revealed that they actually took out their calculators beforehand to see what score they needed in order to claim their place on the podium.

They confided to news sources that they always look at their scores to take off some of the pressure, as it helps them to clearly define and focus on their goals in any given event.

After the final dive, the pair of Canadians assumed that they had come in at second place and earned a silver medal. However, in a stroke of luck for both themselves and their nation, the last divers of the final round Zongyuan Wang and Luxian Wu of China failed their concluding dive and dropped from first to fifth place, thus leaving Canada with the honour of another gold medal to bring home.