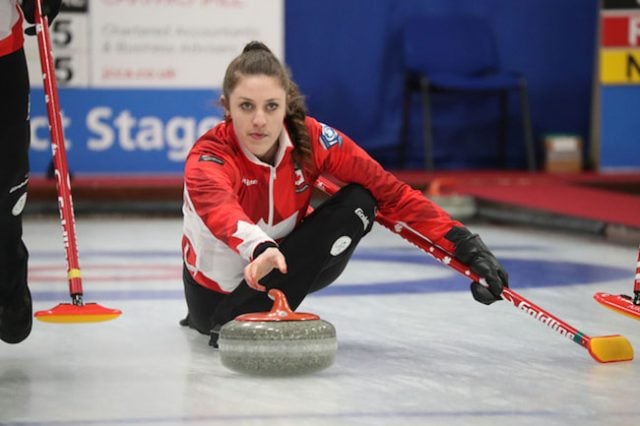 Defending local and world champions and the Jones rink played hard to pick up three points in the third end, and then again in the fourth on their way to glory. Just a few hours prior on Saturday evening, Kaitlyn Jones also managed to defeat the host squad by 6-2, leaving Skyler Ackerman and her team empty handed on their way home.

Now, the Halifax rink including local legends like lead Lindsey Burgess, second Karlee Burgess, and third Lauren Lenentine will be returning to action soon in their plight to win against British Columbia.

Victories for the Men’s Team

In other curling news, the team from the Chester Curling Club scored a victory of their own when they scored three points in the second and fifth end on their way to a win. Graeme Weagle of Nova Scotia was joined by lead Brett Dorey, second Jeffrey Meagher, and third Owen Purcell on the day. The men’s team will be returning to action at the same time as the women to battle it out against Prince Edward Island.

In other news, Tyler Smith got off to an incredible winning start in this year’s New Holland Canadian junior curling championships on Saturday evening. Along with lead Ryan Lowery, second Alex MacFadyen, and third Ryan Abraham, Smith managed to outlast Quebec by 9-7 to claim the win of the round.

Smith’s rink, which is coached by Robbie Doherty and is based out of the Charlottetown Curling Complex, managed to score two in the first end and three in the fourth end on their way to creating a 7-2 advantage against the opposition after five ends. Tyler Smith, who made his fifth appearance at a Canadian under-21s championship last week, was also set to play against Manitoba and Northern Ontario with his teammates on Sunday.

Back on the other side of the rink in women’s play, lead Lexie Murray, second Alexis Burris, third Katie Shaw and skip Lauren Ferguson of the Cornwall Curling Club lost their first two games on Saturday. The team dropped 9-5 against New Brunswick and 9-4 against Labrador and Newfoundland.

The Ferguson rink, which is coached by David Murphy, had two games set up for Sunday – one against Quebec, and the other against Saskatchewan.