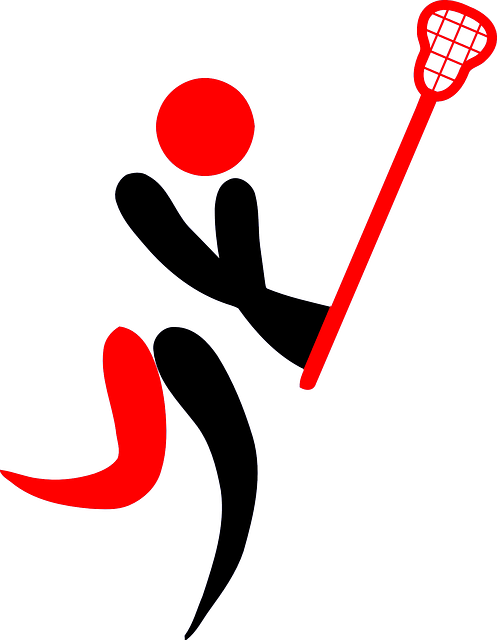 I'm already in my mid-sixties so I know a little bit about "slowing down". I've never been anywhere close to being good enough to play professional sports so I can't speak with absolute authority about what athletes go through when they slow down.

I'm prompted to speak about this today because John Tavares has announced his retirement from professional lacrosse at the age of 45!Yes, 45!

John Tavares is also a math teacher at Phillip Pocock Catholic Secondary School in Mississauga, Ontario. He has said that he would like to become a lacrosse coach. As an experienced teacher, he could very well prove to be an excellent coach.

Retirement from Sports Should not be a Tragedy

What does an athlete's or a normal person's body go through as they slow down. I remember seeing athletes hang on an extra year or two. Willie Mays was a hero of my youth because he seemed to enjoy playing baseball so much whereas his counterpart Mickey Mantle always seemed to have a grimace on his face. It turned out that Mantle was almost always injured to some degree and Mays wasn't. Roger Kahn wrote in the Boys of Summer, his book about the Brooklyn Dodgers of the 1950's, a book he wrote long after the Dodgers had left Brooklyn, that Willie Mays was known as an athlete who knew how to take care of himself. Even when the team provided a buffet after games, Mays would take little to eat, eschewing the gluttony that the team was offering. Mickey Mantle on the other hand was probably something of an alcoholic. A decade or more after he retired from baseball, Mantle said that he was surprised to have lived so long because his father had died young of Hodgkin's disease. Mantle said that if he'd known that he would live "so" long he would have "taken better care of himself". Yet both he and Willie Mays lingered on at least one season longer than they should have. It was sad to see such great athletes play at a low-minor league level.

Much more recently, Tiki Barber retired at 35 from the NFL and went through a period of depression in which he spent his days curled up on his sofa watching junk tv. Many athletes with high salaries find ways to squander their money and end up retired at what is a very young age for normal people, with 50 or more years left to live and needing to learn to live within their means, a trait they didn't need to cultivate during their playing days.

Sugar Ray Leonard tried to make a number of boxing comebacks. The fights he fought during these comebacks were pathetic for Sugar Ray Leonard but he simply could not live apart from boxing. He suffered severe depression stating, "Nothing could satisfy me outside the ring." Elena Ivashenko of Russia allegedly committed suicide apparently because of the depression she suffered after failing to win the Olympic Gold Medal in Judo.

James Tavares didn't have a big salary to keep collecting so he retired. Perhaps he would have retired anyway, even if his salary were "baseball" high. He said that he had injuries that wouldn't heal properly in a short period of time. We normal people can take an extra week to recover from a minor back tweak but professional athletes are expected to play through their injuries "for the team". Now we hear that Robert Griffin III has another concussion. He has a history of head injuries that jeopardize his playing ability and his career. He has also had serious leg injuries but it is the head injuries, not the leg injuries, that may lead to early onset dementia. He wants to continue playing and his team wants to keep him as a backup quarterback. Clearly, RGIII has slowed down far sooner than scheduled and is having some difficulty dealing with facts. He stayed in a pre-season game this year and suffered yet another concussion on a clean hit. Should he retire, far younger than 45? Should he risk his brain's health even as every muscle and sinew in his body is well?

We've heard about professional football players committing suicide because the many blows they took to the head over the many years they playedâ€”high school, college, and prosâ€”changed them, made them suffer emotional or psychological trauma that we normal people rarely suffer.

Athletes sometimes describe their body's response to injury in degrees of "loudness". John Tavares spoke about playing with injuries that prevented him from living a normal life between games. His body had begun to respond very "loudly".

Lucky to be “Only a Lacrosse Player”

John Tavares may be fortunate that he was a professional athlete in a sport that doesn't provide retirement income to athletes in their twenties. At $30,000 a year, his salary is at least twice as high as most players in the league. He considers teaching to be his true calling. "I love teaching. Long after I'm done playing lacrosse, I'll be a teacher. This is my career. Tavares, son of Portuguese immigrants to Toronto, began teaching high-school math in 1998.

We live in such a celebrity-driven world that for a top athlete in any sport to be self-effacing is unusual to say the least. Most of John Tavares's students don't know that he's a professional lacrosse player and one of the best of all time. He sees it as irrelevant to his teaching. I humbly disagree there: today's young people need people they can look up to and a strong dose of reality and perspective.

Perhaps Tavares can show them how it's never too late to improve themselves; John began studying for his teacher's certificate after he was already a pro lacrosse player. He may be able to parley their youthful adulation towards top athletes into realizing that athletes usually retire in their twenties and thirties and only the rarest play into their forties. That last point makes John Tavares all the more humble for he more than anyone understands how lucky an athlete must be to play to the ripe old age of 45!