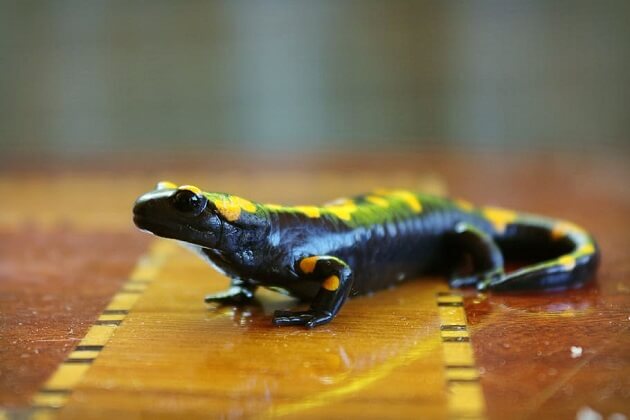 A New Brunswick woman has been breeding axolotls, a kind of salamander, and selling them to various people across her home province. However, doing so is illegal. Up until recently, the woman, named Nadine Comeau, was unaware of this. The restrictions pertaining to the breeding and selling of the amphibians are not at all being enforced by local authorities.

Ms Comeau has described being able to provide people with these unique pets as a “heartwarming” experience. She has been doing it for six years so far, and insists that they are everywhere, but no one in government is doing anything about them, nor any of the other exotic creatures sold by other members of the public.

Like most exotic creatures, the beloved axolotls are known to carry a host of diseases, including the chytrid fungus. If these diseases were to be released into the wild, it could result in a large number of deaths of native species of salamander, according to Don McAlpine, who is the Curator of Zoology at the New Brunswick Museum.

Ever since 2017, local government in the area implemented legislation stating that exotic animals cannot be kept as pets, bar a few that are specified. Axolotls are not included on this list. This law was passed in response to an incident in 2013, which saw two children tragically killed at home by a pet python that had escaped.

Residents of New Brunswick who would like to keep these salamanders as pets need a special permit to own them. However, there has been no enforcement of this rule whatsoever.

The buying of axolotls as pets has become increasingly popular in recent years, not only in New Brunswick, but in areas like Nova Scotia as well. A large part of the hype surrounding these creatures is owed to the movie How to Train Your Dragon. The similarities between the gummy-mouthed amphibian and the dragon in the film are uncanny.

There are now hundreds of platforms where one can buy or sell axolotls, and Facebook is perhaps the most easily accessible one. However, a large portion of these salamanders are currently being bred in labs to be used as pets in homes or for scientific research. Axolotls have the ability to regenerate limbs.

Experts agree that the really should not be a part of the pet trade, but as long as the regulations remain unpoliced, the market is sure to keep growing.