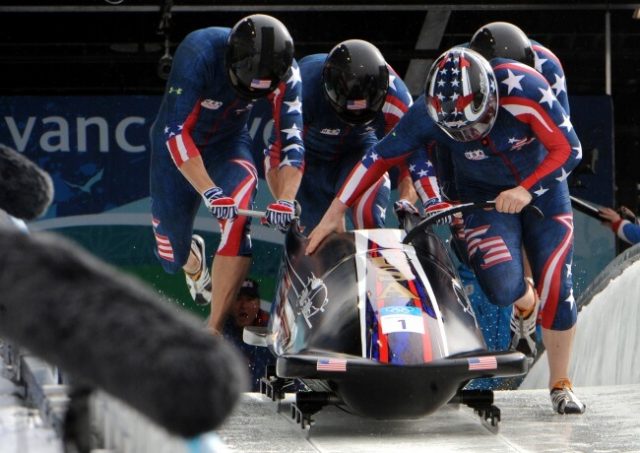 Team Canada Olympic bobsleigh champion Kaillie Humphries has asked to be released from team membership in order to join the US bobsledding team instead. Humphries a little over a year ago filed a harassment complaint with Bobsleigh Canada and has been waiting ever since for the organisation to complete its internal investigation of the incident acted on by the 2-time Olympic athlete.

Humphries has now stated her intention to sue Bobsleigh Canada due to the organisation having dragged its feat not only with the investigation relating to the actual event, but also as a result of the fact that two weeks had supposedly passed since Humphries’ request to be released from the team in order to join her US counterparts. According to Humphries, no response has been forthcoming following her request. The star athlete emphasised that the decision to seek legal relief was by no means an easy one, and neither was the lodgement of the initial grievance or any of the decisions that followed.

Humphries in January relayed to national news broadcaster CBC how (now) a little over a year ago she had been placed in a position at work where her entire workplace environment had been compromised to the extent that she had been unable to compete.

Humphries has now released an official statement by way of explanation as well as in support of her lawsuit against Bobsleigh Canada and has said that she is seeking “full release” from Bobsleigh Canada Skeleton. She said in her statement that despite (her) having done everything in her power to illicit a response and finalisation of the investigation from the organisation, there had been no joy of any real results. According to the bobsledding champion, she did not feel up to the task of continuing to work in an environment not deemed entirely safe.

In her statement, Humphries stressed the fact that her divorce from the organisation should not be confused with any intention on her part to leave Canada as a country. She also said that she wanted desperately to convey the message that competing for Canada and winning for Canada at the Olympics, would forever remain the highlight of her career, despite whatever may happen during her residence with Team US.

Bobsleigh Canada has since Humphries’ statement having gone live on CBC, contacted the news agency and said that it would not at this stage release any official comment or statement save to say that the investigation relating to the initial incident reported by Humphries was still ongoing. It also added that it continues to subscribe to its 2006-instituted harassment and discrimination policy.

Want to back a WINNER? Bet on Winter sports ONLINE today!