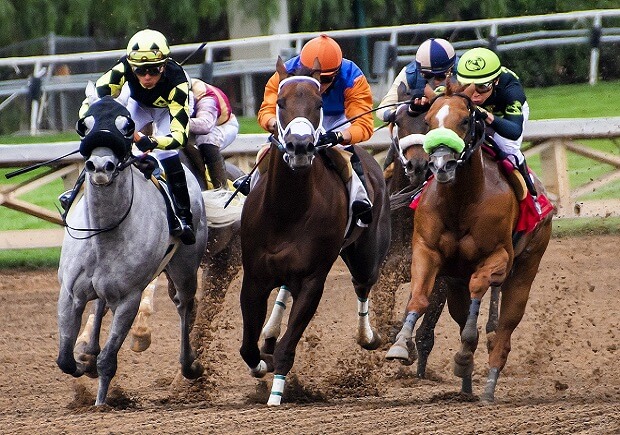 Thoroughbred horse racing colossus Woodbine Entertainment has launched an exciting new charity initiative in partnership with ketchup and cheese giant Kraft-Heinz Canada. The so-called Heinz Challenge will take on the form of a live racing challenge to be broadcast on TSN and will be hosted and broadcast over a total of six weeks.

A total of 4 teams are set to compete – with each team made up of a jockey from Woodbine Racetrack, and a driver from Woodbine Mohawk Park. The teams will compete for sponsored prize money to the value of CA$5,000, which prize money will be donated to the winning team’s local charity of choice. The prize money is being sponsored in equal parts by Woodbine Entertainment and Kraft-Heinz Canada.

The four jockeys set to compete are Justin Stein, Emma-Jayne Wilson, Kazushi Kimura, and Rafael Hernandez. They will be joining drivers Bob McClure, Doug McNair, Jody Jamieson, and Louis-Philippe Roy, as they battle it out for points on the official Heinz Challenge leaderboard. They will ride each under their respective team-name, i.e. Club JD, Island Boyz, E=MC², and Double Double.

The events will reportedly take on the form of harness racing events and are expected to attract a great deal of interest from local horse people and horse racing fans alike. And since each of the four teams will include a jockey from Woodbine Racetrack and a driver from Woodbine Mohawk Park, the event will bring together all of Woodbine’s horse racing fans under a single charity-inspired banner.

For The Love Of Horse Racing

But the challenge serves a dual purpose in that not only does it create an opportunity for the horse racing industry to help individuals in need, but it at the same time also raises awareness about racing in Ontario, and helps create an interactive calendar for the rest of the season at Woodbine Racetrack and Woodbine Mohawk Park.

Since races to be run as part of the event will be live broadcast on TSN, fans will in this way be able to follow all of the live horse racing action as it happens. This, at least to an extent, makes up for not being able to attend in-person in the stands.

Woodbine Entertainment has been going the extra mile so as to ensure as few disruptions to the remainder of the current horse racing season as possible. Creating events with which fans are able to interact, albeit virtually, is an important part of this greater endeavour.

Bet on a WINNING horse. Place your bets ONLINE!