Hall Of Fame-IIHF To Recognise Wickenheiser 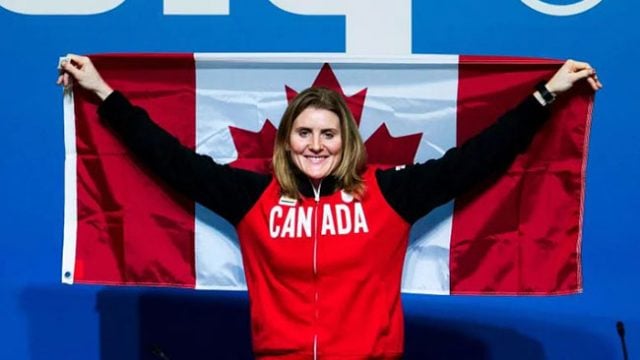 Four Olympic gold medals, seven world championship wins, and 23 years of absolute and undivided commitment to Canadian Hockey. It’s no surprise then that the IIHF has announced that it will on May 26 be hustling Hayley Wickenheiser into the International Ice Hockey Federation’s Hall of Fame, despite the fact that the legendary player retired almost two years ago.

This year, Wickenheiser, now 40, will be one of five players to be inducted into the prestigious Hall of Fame, and it will all go down on May 26 during the men’s world championships in Slovakia. The new inductees were announced on Wednesday, and the remaining four are America’s Mike Modano, Sweden’s Jorgen Jonsson, and Slovakian players Zigmund Palffy and Miroslav Satan. One other inductee will include the late Alexandrov, who will be included as builder. Alexandrov was a Soviet National team player as well as having coached Kazakhstan.

As for Hayley Wickenheiser, she is Canada’s all-time leading scorer and during her career, scored 168 goals and 211 assists in the 276 games played for her country. Wickenheiser recently spoke to The Canadian Press, shortly after her inclusion in the Hall of Fame was announced, and said that despite the honor of being recognized in this manner, no feeling beats having been able to play for Canada and travelling the world.

Wickenheiser said that she had spent most of her life playing international hockey, and that this had afforded her the opportunity of living and playing in many countries where she was exposed to multiple diverse hockey cultures. When listening to the star player speak about the importance of Canadian hockey in her life, one gets the distinct feeling that a real love for the game is what it’s all about for Wichenheiser.

Wichenheiser is only the fourth female Canadian hockey player to be included in the Hall of Fame. The other three are former teammates Danielle Goyette (2013), Geraldine Heaney (2008), and Angela Jones (2008).

The Hall of Fame honor roll that belongs to the International Ice Hockey Federation, calls Toronto’s Hall of Fame its home, and will this year, after the inclusion of the new inductees, display a total of 224 names.

Wichenheiser will be a worthy addition to the acclaimed honor roll, having been a custodian and true caretaker of Canadian hockey for more than 3 decades.

Are YOU a major hockey fan?
Place bets on the biggest games online NOW!