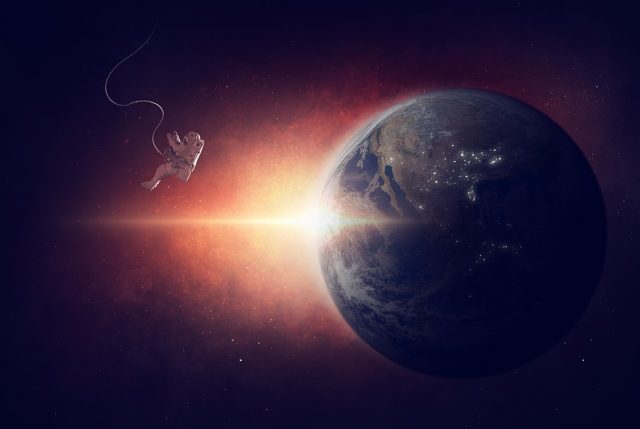 In terms of space exploration, 2018 was quite a prestigious year. The SpaceX Falcon Heavy was successfully launched, and NASA’s InSight spacecraft landed on Mars for the first time ever.

Another NASA spacecraft, OSIRIS-Rex, arrived at the asteroid Bennu, making history yet again. And let’s not forget Canada’s own homegrown astronaut David Saint-Jacques working with dedication at the International Space Station until June.

2018 was a landmark year for humanity’s space ventures, and 2019 is shaping up to be even more exciting in this regard. On January 1, New Horizons once again zipped past another galaxy around 6.5 billion kilometres away from Earth; more specifically, 2014 MU69, or Ultima Thule. The irregular, icy body is a mere 30 kilometres in diameter, and was found in the Kuiper Belt – a disk thought to contain many thousands of icy universes and millions of comets, too.

Boeing and SpaceX to Blast Off

New Horizons has flown closer to Ultima Thule than it did to Pluto, enabling a close view of its surface. Back in 2015, astronomers were surprised by what they saw on Pluto: volcanoes of ice and a far thicker atmosphere than they had initially expected, to name a few features. With this in mind, there can be no telling what secrets Ultima Thule might be harbouring, but we might well find out early this year.

After many years of development, both Boeing and SpaceX are ready to blast off the next spacecraft that will launch Americans from our home planet. On January 17, SpaceX will hold a test of its Crew Dragon capsule without a crew. The capsule will launch aboard the company’s Falcon 9 rocket, and has been named Demo-1. Demo-2, which will have Douglas Hurley and Robert Behnken aboard, will launch sometime in June.

Boeing will also soon be conducting its first un-crewed launch of the CST-100 Starliner in March. This will be followed by a launch housing a crew of Eric Boe, Nicole Mann and Chris Ferguson. In other news, the first eclipse of 2019 will be a total lunar eclipse that will be visible across North America on January 21. This eclipse will last for more than an hour, and will be referred to as a ‘super blood wolf moon’ because it will almost be at perigee, creating a ‘super moon’ of sorts.

Israel and China Aim for the Moon

There has also been much talk about returning to the moon over the past few years, and now, Israel is angling to become the fourth country in the world to successfully land on the astronomical body. In February, NPO SpaceIL and Israel Aerospace Industries are set to send a time capsule to the moon aboard a Falcon 9 rocket.

Elsewhere, China is also preparing for a return to the moon after its Chang’e 3 rover landing in 2013. Chang’e 5 is expected to launch late this year, and will collect materials from the moon’s surface for further study back on Earth.

Want to bet on who will blast off first? Place novelty bets and more online NOW!