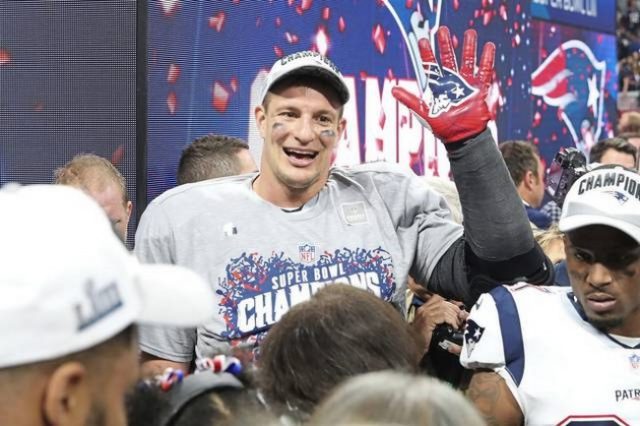 Rumours of Rob Gronkowski’s intentions to make his way back out of retirement and onto the field have been doing the rounds for quite some time now. The player has however said that, even if this is a very tempting idea, it isn’t at all part of the plan. Gronkowski recently participated in the 10th annual One Mission Buzz Off event in England; an event hosted in support of children with cancer; and admitted to having experienced a strong pang of nostalgia upon his return to the iconic Gillette Stadium.

The tight-end’s agent has been constantly leaving the door ajar in terms of a possibility of the player’s return to pro-football, but Gronkowski appears steadfast in his resolve to not return to pro-playing. He told reporters present at the One Mission event that New England and its community would forever remain important to him (Gronkowski), but that that did not mean that he would be making a return to pro-sport.

Gronkowski retired after nine seasons of play in March of this year; mere months shy of his 30th birthday, which was in May. The player has much to celebrate following having been selected as a second-rounder by the Patriots back in 2010. His record as New England’s leader in touchdowns remains unrivalled and he is also the NFL’s post-season leader among tight-ends.

After having had to field a couple of rounds of questions from journalists, Gronkowski said that he supposed that the rumours would continue to fly about, but that he wanted the media and his supporters to understand and accept that he would not be making a return.

Good To Be Back At Gillette

But despite his adamant resolve not to return to the NFL, or to New England for that matter, he did add that it was great to finally be back at Gillette Stadium. He added that he felt good and that he was in a good place in his life, but that a return to pro-football wasn’t in any way part of the many reasons why.

The fact that the man himself has been known to make jokes about a possible return hasn’t at all helped the cause of putting the many rumours to bed once and for all. He jokingly mucked about with the possibility of a comeback at a recent Billboard Music Awards event and journalists have had a hard time trying to determine whether he was jokingly preparing the way for a come-back or just really messing with everyone’s heads for the fun of it.

Bet on the NFL and other sports ONLINE. Canada’s top sportsbooks offer it ALL!