Pistons To Make Do Without Blake Griffin 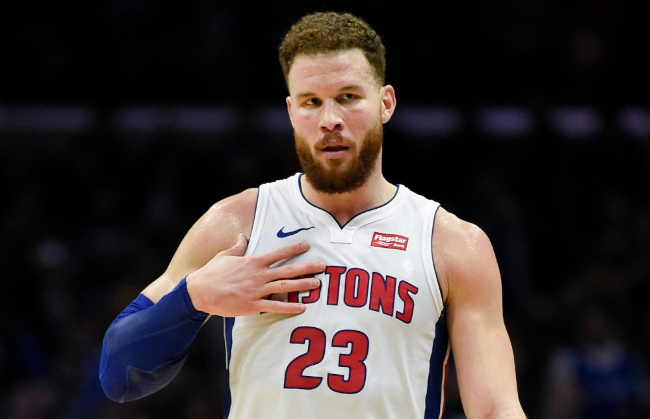 Dwane Casey’s Detroit Pistons could be facing an entire season with the support of star forward Blake Griffin. Casey spoke to members of the press right ahead of Tuesday night’s stand-off with the Cleveland Cavaliers and said that he wasn’t able to wager a guess regarding when Griffin may be expected to return to full action play and that the most important thing now was that the star forward completely recovers from the effects of the injury to his knee.

Casey said that what with Griffin being a smart and capable player, he (Griffin) alone would be able to tell once he’s fully recovered and ready to return to competitive play. The coach furthermore made it clear that what was important wasn’t as much verbalising expectations regarding a possible time frame for Griffin’s return, but that Griffin should make his way back to a clean bill of health instead.

The Pistons have not been having the best of times yet, what with the team currently engrossed in yet another season regarded as being a “rebuilding” season, as opposed to a successful one out on the field. The team has only just come off a rather unsuccessful trade with the Los Angeles Clippers. The trade took place some two years ago, but the team is still feeling its negative effects. Incidentally, the first surgery to Griffin’s year went down right around the same time.

Casey was adamant about the fact that despite the team being poorer for it without the leadership and value that Griffin brings to the table, it now has no other option but to move forward without its star forward. Casey’s point of view is very much in the vein of the show having to go on undeterred, with or without Griffin in the mix.

They Know Where They Stand

The positive side of the recent developments surrounding Griffin’s injury, said Casey, was that the team at least now knows the direction that it will have to move in in the upcoming season. Casey said that the verdict had been a relief for Griffin too, as he too now knew exactly what he would have to deal with for the remainder of the season as well as with regards to the recovery of his knee.

Casey referred to Griffin as being a “warrior” and someone who had carried the team for the past two years. Only this time round, his body would not allow him to continue doing exactly that for another consecutive season.

Want to bet on the NBA? Sign up at TRUSTED Canadian sportsbook ONLINE!