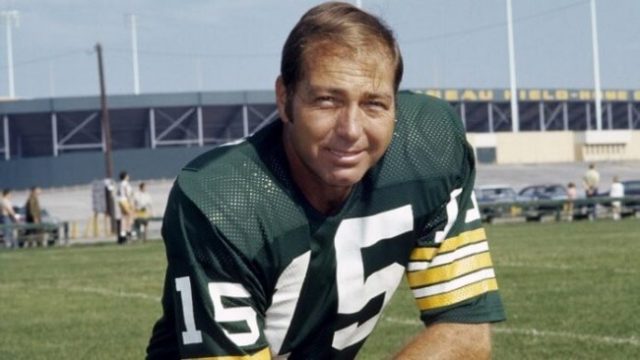 Life and health just wasn’t the same after former Green Bay Packer star quarterback Bart Starr’s life-changing strokes and heart attack back in 2014. Bart Starr, confirmed his family and former team, has passed away at the ripe old age of 85. More than just a fantastic quarterback, Starr’s particular style of teaming up and playing football is widely regarded as a motion that would forever change the way America did sport. Starr and the Green Bay Packers cemented the National Football League as the firm favourite of American sports.

According to the Packers, Starr had passed away recently after having been in failing health for quite some time. The double whammy of a double stroke and a heart attack had proved to be too much for Starr’s ageing body, said his family.

Starr passed away in Birmingham in Ala, confirmed a spokesperson for his former team.

The year was 1965. Starr had been a selection that was made fresh out of university. At the time, probably nobody would have expected the star QB to lead the Packers to a total of 6 division titles, 5 NFL championships, and a pair of stellar wins during the very first two Super Bowls.

Before the days of Brett Favre, Starr had been widely regarded as the best Packer ever to walk the earth. The Packers eventually retired his Number 15 jersey in 1973. Only two other players in the history of the Packers have been fortunate enough to enjoy this particular honour in football.

It seemed quite right and befitting that 4 years later, in 1977, Starr was inducted into Ohio’s Pro Football Hall of Fame.

Kindness To Live By

Starr lived by his well-loved and famous motto, “desire and dedication are everything”. But, say those who knew the man on a more personal level, perhaps his greatest accomplishment wasn’t necessarily the fact that he is widely regarded as the man who had made football loveable to all Americans, but rather his kindness as a human being.

As stated to eloquently by football legend Brett Favre on Twitter, Starr was the classiest, the kindest and the most thoughtful person that he (Favre) had ever had the pleasure of knowing. And perhaps this, even more so than his heroics in football, is something really worth mentioning at the sad time of his passing.

Place YOUR bets on Football online. Get great odds at the BEST Canadian sportsbooks.