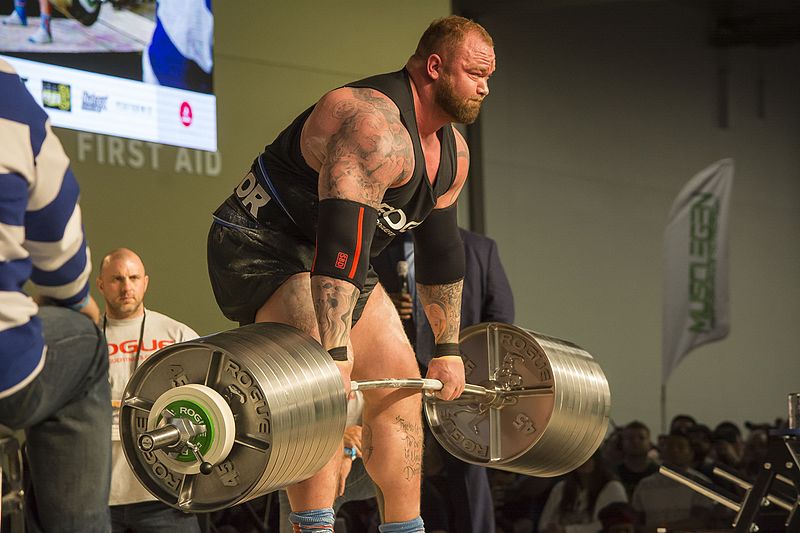 Game of Thrones actor Hafthor “The Mountain” Bjornsson has set a new deadlift world record. The HBO superstar on Saturday made lifting a staggering 501 kilograms of dead weight look like light work at Thor’s Power Gym in Iceland. The 31-year-old actor and 2018’s World’s Strongest Man told ESPN that he’s convinced he would have been able to lift even more weight, but that to his mind, there wasn’t really any point to any of that.

Bjornsson, who is an Iceland native, on Saturday smashed the previous deadlift record by a single kilogram. The previous record was set by Englishman Eddie Hall back in 2016 at the World Deadlift Championships. Hall in 2016 set the new record at the time at 500 kilograms.

Whether or not Hall now disputing the validity of Bjornsson’s achievement in terms of the lift qualifying as a world record has anything to do with The Mountain having beat Hall’s own record, isn’t entirely clear. Hall shortly after The Mountain’s record deadlift questioned the credibility of the lift due to the fact that it wasn’t performed in competition format.

The fact that the record had been set in Bjornsson’s own personal home gym, as well as that it had been The Mountain’s own father performing the weighing of the weights, to Hall’s mind casts a huge cloud of doubt over the validity of the achievement. Hall initially congratulated Bjornsson on the mean feat but later on during a podcast broadcast on YouTube after the streamed event said that he could not rest completely easy over the validity of breaking a world record because of the specific circumstances.

Hall said that if Bjornsson’s record was going to be considered true and of world-record value, then a Pandora’s Box of magnificent proportions has just been opened. Hall said there would be no drawing the line if everyone who was anyone was now able to record world-records at home gyms. Verification is tough enough as it is – let alone when its family or friends doing the checks.

The former deadlift world record holder then went on to provide details about why he personally did not consider the lift 100% credible. He said that his opinion had been influenced by various factors, including how the weights were weighed.

The Mountain booked a place in Eddie Hall’s little book of wrath when in 2017 Bjornsson called out Hall to be a cheat at that year’s World’s Strongest Man competition.

Back a WINNER. Get great odds at a Canadian ONLINE sportsbook!