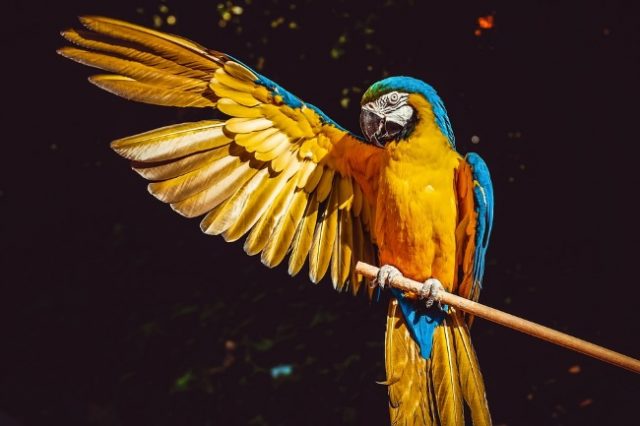 Scientists are constantly making exciting new discoveries of animal and plant life that may very well have populated the earth thousands; and in some cases even millions; of years ago. The latest is the re-examination of fossils that are now thought to be the remains of the biggest known parrot that ever lived.

Heracles inexpectatus appears to have been as tall as a three-year-old child and weighed in at twice the weight of the average house cat, being all of 7 kilograms. As it turns out, this Tweety would have given Sylvester a run for his money! The estimations are based on fossil leg bones that were recently discovered in New Zealand.

Heracles Did Not Fly

Heracles inexpectatus is thought to have lived its life in the no-fly zone, due to its sheer size. The parrot probably walked the earth about 19 million years ago, alongside the three-toed horses of North America.

It must be kept in mind that millions of years ago, New Zealand wasn’t what it is today. Back then it was a sub-tropical forest filled with many other giant-sized birds of which parrots, pigeons and also the fore-fathers of the giant (also flightless) moa are but some of the examples of life in the ancient forest.

Mike Archer, researcher at the University of New South Whales’ Palaeontology Research Centre, surmises that Heracles may very well have been equipped with a giant-size beak that could crack even the toughest coconut, or anything else the parrot would have been craving at the time, for that matter.

Archer is furthermore of the opinion that Heracles may have been interested in more than just the sampling of nuts and fruit. He may also have been a threat to his own kind in that other parrots may very well have formed part of his regular diet too.

The bones that supposedly belonged to the biggest parrot ever to have walked the earth were discovered back in 2008 at a dig-site in Otago. They were however not re-examined until earlier this year and were initially assumed to have belonged to a member of the eagle family. As for New Zealand, points out lead-author of the paper detailing the discovery, university professor Trevor Worthy, the country is well known for being home to a number of larger-than-life bird species.

But until now, said Worthy, no one has ever come across the remains of an extinct parrot the size of Heracles.

Bet on the unexpected. Back a WINNER at Canada’s TOP sportsbooks!