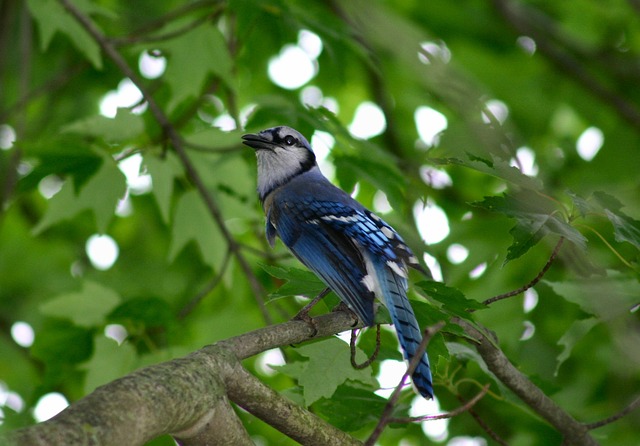 When the Blue Jays traveled to New York for the first of two weekend series with the Yankees, they were riding a winning streak born in the euphoria of the trading deadline moves that brought Troy Tulowitzki, David Price, LaTroy Hawkins, Ben Revere, and Mark Lowe to the Jays.Â  The Jays surprised everyone by sweeping the Yanks and followed with a three-game sweep of the Aâ€™s setting up the second weekend series with the Yanks.

A Sudden Change from Ignored to Swamped with Attention

I wanted to see how the new Blue Jays would respond to the pressure of facing a desperate team in the heat of a pennant race.Â  The Yankees showed why they have had so much success in August, September, and October as they played a cool and calm series.Â  The Blue Jays, on the other hand, had to contend with a playoff atmosphere in the clubhouse as reporters repeatedly asked unanswerable questions and on the field where close to 47,000 fans attended each game.Â  These were not just the local Toronto sportswriters.Â  Writers from all over the U.S. and Canada came to Toronto to monitor the series.

Even though this one series would not come close to determining the champ of the American League East, there was a feeling that the Jays had to show that they were really for real, not a flash-in-the-pan winning-streaky team that would fade quickly when the heat of summer gave way to the heat of the pennant race.

The way the Jays handled adversity in the home series gives me confidence that the team has truly been transformed and that they are now among the elite teams in baseball.Â  Let me add that I have come to feel the same about the Cubs!Â  So a Blue Jays-Cubs World Series is no longer the ridiculous thought it was just three weeks ago!

Professional athletes are taught to repeat.Â  A pitcherâ€™s or a hitterâ€™s fundamentals are simply his ability to repeat.Â  Repetition is born of concentration.Â  As August turns into September, players on losing teams have no extra pressure.Â  Some completely tank.Â  This means that they lose whatever ability to concentrate they once had.Â  These players have bad Septembers.Â  Other players thrive on the lack of pressure.Â  They actually concentrate better when thereâ€™s nothing on the line for them.

During a pennant drive and into the playoffs, every player has to draw from a reservoir of calm that young players are unaware of; they donâ€™t know that they have such a reservoir.Â  This is what makes the difference between perennial championship contenders and late-season losers.Â  It is what carried the Blackhawks to their third Stanley Cup Championship in six seasons.

For the Blue Jays to go deep into the playoffs, they will have to find that extra calmness quickly.Â  Teams that take time finding it end up watching the next series on television.Â  Thatâ€™s why I was so impressed by the Jays over the weekend.Â  They lost game one on a late home run.Â  It could have sent them into a funk for several games. Then they lost game two when the offence failed again.Â  Game three was a crucial game and the Jays came through.Â  Aaron Sanchez and Roberto Osuna pitched the 8th and 9th innings and held the Yankees, who were looking for the devastating sweep. Â I have to think that along with the pitching coach, LaTroy Hawkins has had a hand in keeping these two young guys calm and focused.

Since losing the first two games to the Yankees, the Jays have won four of five games.Â  Iâ€™ll take an .800 winning percentage any time!

Last week I asked who would be more important to the Jays down the stretch David Price or Troy Tulowitzki.Â  Tuloâ€™s slump aside, I still think that David Price is the more valuable addition to the team.

It is in baseball, by far among the premier team sports, where no single team can dominate the league.Â  A winning percentage of .600 is unusual these days whereas in football, basketball, and hockey it is commonplace.Â  The reason is that the top offensive players in baseball may have four or five chances per game to help their team score runs.Â  In other sports, the best offensive player or players touch the ball on almost every play.

The only player who touches the ball on every play is actually the primary defensive player, the pitcher.Â  Thus, David Price has far more impact on the games he starts than any of the position players have on the games they start.Â  This does not detract from the position players; it is simply a fact of life in baseball that the most important player on the field plays defence.

Sometimes one player can galvanize other players on the team.Â  The Jays pitching is much improved since the All Star break especially since the trades.Â  Is it possible that David Priceâ€™s presence has set a competitive fire on the Jaysâ€™ pitching staff?

The Jays will face a lot of minor league pitchers in September.Â  They will dominate some and be dominated by others.Â  The Jaysâ€™ ability to bounce back from a disappointing defeat may determine their ultimate fate this year.Â  Thatâ€™s why I stated that losing two out of three to the Yankees may very well have been a big confidence builder.