From Rags to Riches 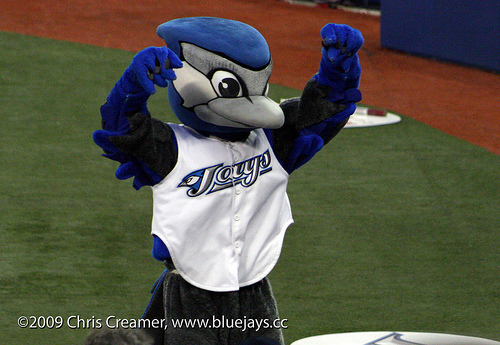 Indeed, the turnaround in Toronto has been truly amazing.Â  A few weeks ago I spoke about the Toronto Blue Jays who at that time were in the midst of an eleven game winning streak.Â  The gist of my article was that while the Jays have a potent offence, the best in baseball, their pitching was highly suspect.Â  At that time, their starters were a combination of older players who were never big stars but who had experienced some success at the major league level and young pitchers with little or no big league experience and a lot to prove.

Much Has Happened Since Then!

The biggest changes were the acquisition of proven star players, shortstop Troy Tulowitzki and starter David Price.Â  Not only have the new players galvanized the Blue Jays on the field.Â  The Jays now have a different attitude.Â  I compare the Jays turnaround regarding team attitude to the Maple Leafs reverse turnaround after the sad defeat in game seven against Boston two years ago.Â  When the Maple Leafs realized they were not going to make the playoffs, they went into a team-wide holding pattern: Do just enough, no more, and hope no one notices.Â  The Blue Jays seemed to be in a similar holding pattern this year until they acquired five new players at the trading deadline who came here thinking that they would be contributing to a strong winning team.

Thatâ€™s what the Blue Jays have become.

Tulowitzki and Price were not the only trading deadline moves the Jays made.Â  They also acquired late-inning relief pitchers Mark Lowe and LaTroy Hawkins plus outfielder Ben Revere.Â  The big names have already put together Hall of Fame careers and the lesser names will never get on a Hall of Fame ballot.Â  Yet, they have all made the Jays immeasurably better.Â  Letâ€™s look at all five and how we might expect them to impact the Jays.

Ben Revere has good offensive statistics.Â  He makes more contact at bat than almost any other player.Â  He can run and steal.Â  For a lesser offence he might lead off or bat second.Â  On the Jays heâ€™s been batting low in the lineup.Â  This actually serves as another table setter for the big guns.Â  The Jays may not score more runs with Revere in the lineup but whatever fall off will be greatly mitigated by his presence in the lower third of the lineup.

Revere is not known for great defence but heâ€™s no butcher in the outfield, either.Â  He can play against right handers in place of Kevin Pillar, Danny Valencia, or Chris Colabello.Â  He has a .292 batting average in six seasons so we know what he can do.

Mark Lowe has had an uneven major league career.Â  This year his pitching has been amazing, especially considering his history.Â  His ERA is 1.00 in 36 innings and his strikeout rate per nine innings was 11 at the time of the trade.Â  Iâ€™m concerned that he doesnâ€™t seem to be a positive presence in the clubhouse as heâ€™s played for six teams in a ten year career.

Letâ€™s add that Aaron Sanchez is back from his back injury.Â  The early word is that the Jays want him to pitch in relief.Â  With Mark Lowe, Sanchez, and Hawkins in the bullpen, the Jays late innings misfortunes will surely be dramatically reduced.

Cliff Pennington is the classic utility infielder.Â  He can play any infield position.Â  Guys like Pennington stay in the big leagues because they give you the same stat line year after year, they provide stability in the clubhouse, and they lead by example.Â  Most of the best major league managers have been either catchers or utility infielders!Â  Thatâ€™s because as catchers they have to have a professorial knowledge of the game and as utility infielders they spend most of the time on the bench.Â  If they pay attention to the game they can learn a tremendous amount.Â  Pennington is a .240-.250 hitter.Â  If heâ€™s playing late in close games, he may see more fastballs and his batting average may go up.Â  Such is the advantage of having a tremendous offensive team.

LaTroy Hawkins has also played for a lot of teams in his career but heâ€™s never been called a bad influence in the clubhouse.Â  Hawkins will serve the pitching staff what Cliff Pennington will bring to the everyday players: veteran maturity from a guy with an average major league career but the temperament to last a long time in the big leagues.Â  To stay in the bigs you have to perform but it also helps if you can add intangibles.Â  LaTroy Hawkins will help a guy like Aaron Sanchez deal with the pressure of late innings in close games in September and October.

Who will be more important to the Jays, Troy Tulowitzki or David Price.Â  Â For now letâ€™s call it a tie (even though I donâ€™t think it is).Â  Price is a proven ace who will go deep in the game almost every time he pitches.Â  On a team with the offence the Jays have, David Price will be even more dangerous.

Troy Tulowitzki has played for mostly forgettable teams in Colorado.Â  In Toronto he will be thrust into what Jaysâ€™ fans hope is a pennant race followed by a deep run in the playoffs.

The fan base is back where it was two decades ago.Â  The Maple Leafs, from top management to the last player on the bench, should take notice of what has happened in Toronto baseball in the last two weeks.Â  This is their future as well if they really want it.