Fred Cox Has Died At The Age Of 80 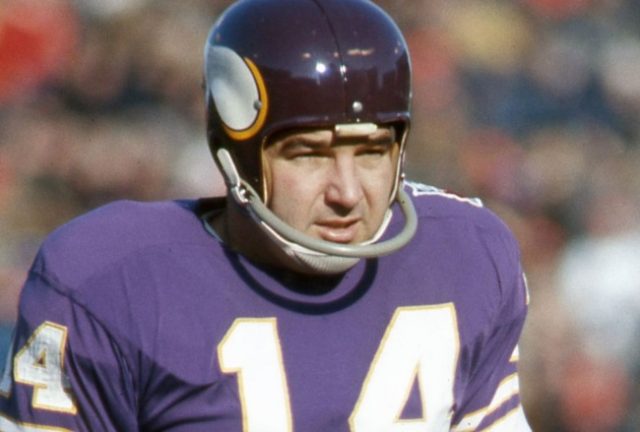 Sad news this week is that the NFL’s Fred Cox has died at the age of 80. Cox is regarded as one of the very last of the “straight-on” placekickers and is an ex-Viking who played in no fewer than 4 Super Bowls. Fred Cox also launched and co-owned famous brand Nerf Football; a brand that he was apparently superbly proud of.

Despite all four of Minnesota’s Super Bowls played in by Cox having been losses for the Vikings, the recently-departed legend played a stellar 15 seasons for his team and scored a fantastic total of 1,365 points for the team during his professional career; this being a record for Minnesota. He furthermore kicked in 18 post-season games and is one of only 11 Minnesota players to have played in all 4 Minnesota Super Bowls.

Read More… Blue Light Paranoia May Be Exactly That

Cox Was A Big Spirit

The news of Cox’s passing was conveyed to the team’s alumni affairs office by surviving spouse and wife Bonnie Cox. Cox had at the time of his passing been in special Hospice home care at his house in Monticello. He had supposedly suffered from kidney as well as heart problems.

He not too long before his passing spoke at his home to the press, and jokingly quipped that save for a couple of problems with his heart and kidneys, he was feeling in great spirits and good health. Cox was well known for his positive outlook on life; a go-getter variety outlook that no doubt contributed to his having scored a sterling 282 field goals.

Moving Eulogy From His Team

The Vikings have since published its own eulogy to Fred Cox and referred to the former player as having been “one of our proudest legends and a respected teammate and friend”. Cox’s life-long commitment to sport and in particular the Vikings later on went to do him proud upon his retirement from professional competition-style play.

His reputation as a leading sportsman served him well in business and helped him to establish what would become Nerf Football with his business partner. His former teammates issued the perfect summary of the life that Fred Cox had led whilst with the team and referred to the dearly departed as having been full of positive energy and having lived a life full of passion and true strength in faith.

Its clear that Fred Cox will be sorely and dearly missed by all who knew and loved him throughout the course of his lifetime.