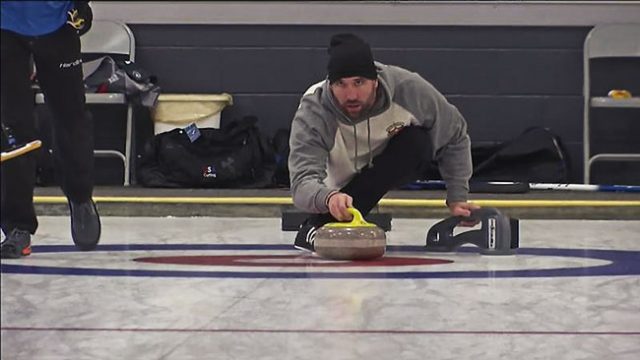 It just goes to show once again; once professional sports are in your blood, there’s no shaking it off. Just ask former NFL star Jared Allen who, thanks to having lost a seemingly innocent bet with a friend, now finds himself preparing for the 2022 Olympics for something completely different than what the pro-footballer is used to: Curling.

He tells the story of how he had lost a bet and subsequently had to choose in which sport to try and gain enough momentum so as to gain access to the 2022 Olympic Games. For him, it was about choosing between Badminton and Curling. Curling ultimately won and Allen soon realized that what this meant was that he would have to rally up some team members.

Allen, being well connected, phoned up some of his NFL friends, and soon had a band of men willing to try and secure a spot in the upcoming Olympics. Retired NFL players Keith Bulluck, Michael Roos and Marc Bulger complete the willing foursome.

Willing maybe, but being able was at the time a matter that would have to have been settled at some point in the future.

This Is Serious Business

According to Allen, the awesome foursome allowed itself a specific time-period in order to show what it was made of. The first six months of the journey was set aside as a learning curve. The aim was that during this initial period, the men would learn all that they could possibly learn about the sport, theoretically as well as some practical applications.

Allen was careful to ad that he wanted everyone to understand that this was no joke to him and his chosen few. They are in fact dead serious about making it all the way to the Olympics. They all agree that if given the opporunity under any other circumstances, Curling was what they would have chosen in anyway, as this was a sport that they enjoyed watching during the Olympics, even during their active NFL days.

Benton Is The Man In The Hot Seat

It stood to good reason that any team hoping to make it into a sport’s qualifying rounds, needed a professional coach. And so American curler John Benton, a former Olympic player himself, was tasked with the job at hand.

Benton now has the hopeful team practicing up to four times a week. They mostly make the trip to their home rink, being the Four Seasons Curling Club in Maine (yes, they have a home rink!). In fact, so committed are the Curling newbies, that they fly from wherever they are in the US to the Four Seasons location for their training sessions.

On Friday past, the team competed in their very first pro bonspiel event, the Curl Mesabi Classic, and despite the fact that Curling gold medalist John Shuster swept past them at a frenzied speed, they are more determined than ever to make it to their end-destination. The 2022 Olympics…

Bet on the teams and players you think will win.
Put your money down online TODAY!