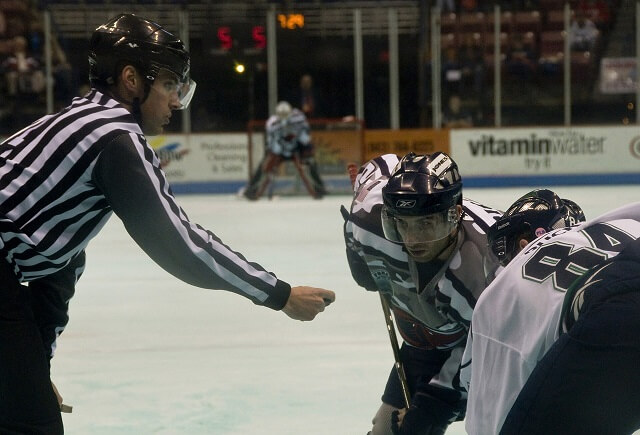 Canucks forward Micheal Ferland has been declared unfit to play by Vancouver and has been ordered to leave the Edmonton bubble and return home. This of course means that the star forward will miss out on the remainder of the Vancouver Canucks’ qualifying series against Minnesota Wild.  The Canucks have in the meantime confirmed that Ferland will be re-evaluated once the current series has drawn to a close.

The team made the announcement on Wednesday, confirming also that Ferland had sustained an injury – but stopped short of disclosing the nature thereof. The forward spent only 2 minutes and 36 seconds on the ice during Tuesday’s Game 2 against Minnesota before being sent injured off the ice. This after he put up quite the less-than-tasteful performance during Game 1 when he got into a squabble with Minnesota Wild forward Marcus Foligno only 2 minutes after puck-off, followed by a spearing of opposition-winger Ryan Hartman during the third period of the series opener. Ferland ended up being slapped with a US$5,000 for the spearing shenanigans.

Not The Best Of Seasons

It should however in the forward’s defense (albeit not excusing of his behaviour) be said that the spearing was possibly been set into motion by Minnesota forward Luke Kunin. The opposing forward had leading up to the incident, grabbed Ferland’s stick from the Minnesota bench – a transgression he has in the meantime had to remedy on the back of a US$1,000 fine for unsportsmanlike behaviour.

Ferland, 28, played only 14 games during the 2019-2020 season, during which time he produced but a single goal and a grand total of 5 points. All of this had been the result of his having gotten sidewinded by a concussion in December last year. Originally pegged to miss the rest of the campaign due to ongoing concussion-related symptoms, Ferland was able to make an unexpected season-return thanks to the recovery time afforded to him by global downtime in all major sports.

Ferland On Growing Up Cree

Ferland, this year playing his sixth season in the NHL, has during his professional career played 355 games for Calgary, Carolina, and Vancouver, combined.

Originally from Swan River, Man., Ferland, who is a Cree, when prompted to comment on the death of George Floyd earlier this year, responded by saying that because of his light complexion, many people didn’t even realise that he was from a native background. This, according to Ferland, ensured growing-up years without being subjected to the ills of racism.

Get READY for a big win. Bet on sports ONLINE!