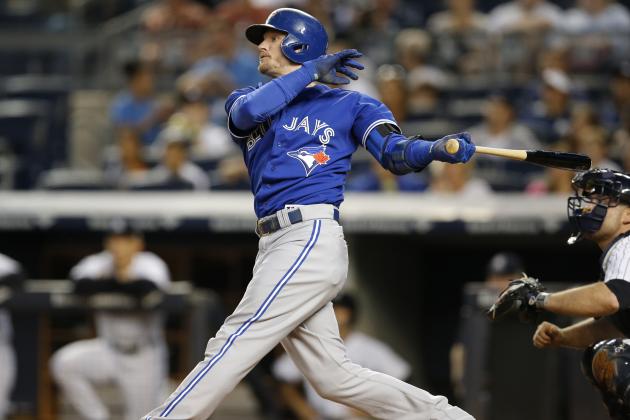 The baseball season has finally ended and what a great season it was.Â  There are so many amazing stories.Â  Iâ€™ll list a few to give you some idea:

Pitching has certainly rebounded from the run-crazy era of the last decade.Â  The biggest stories are the LA Dodgers incredible tandem of Zach Greinke and Clayton Kershaw but my favourite is the emergence of Jake Arietta has the most unhittable pitcher in decades.Â  I would love to see him pitch several times in the post-season.

Zach Greinke, Clayton Kershaw, or Jake Arietta.Â  Most so-called experts say that Greinke has been the most consistent, that his â€œyearâ€ was better than the other two.Â  Iâ€™m no expert so I say â€œso whatâ€!Â  Now, if Greinke does win it Iâ€™ll say that he deserved it but if the award is for the best pitcher, you have to give it to Jake Arietta.Â  He came to the Cubs as an underachiever with great stuff.Â  Now heâ€™s an overachiever with awesome stuff.Â  If I was voting, heâ€™d have my vote.

It seems that every year one or more teams that have not been to the playoffs get in.Â  Last year the Kansas City Royals came close to winning the World Series.Â  This year we have the formerly woesome Houston Astros as a wild card team in the American League.Â  We have my hometown team, the Toronto Blue Jays, riding a tremendous second half that saw them go from a .500 team to the best team in the AL.Â  Their awesome offence is now joined by stellar pitching.Â  David Price has invigorated the pitching staff in ways that we outsiders cannot imagine.

In the National League, the Mets have roared to the forefront, the Pirates are better than they were last year when they also ended a massive playoff drought, but my absolute favourite story is the cuddly-no-more Chicago Cubs.Â  If you remember what 2004 was like in Boston and New England, especially when Boston had to come back from a 3-0 deficit against the Yankees, won games 4 and 5 in heroic, dramatic fashion, and then gave their fans another reason to prepare to explode with joy if they were somehow to defeat the Yankees and go on to win the World Series, which they did, sparking a winter-long celebration in New England, if you remember all that, you will understand what is happening now in Chicago.

Chicago has many pro sports teams but its heart lies with the Bears and the Cubs. Â That the Bears are horrible again this year simply adds a measure of pent-up emotion to the Cubs meteoric rise. The Cubs have not been to the World Series since 1945.Â  They have found unique ways to lose playoff games they should have won to get to the World Series.Â  What other team could possibly fall apart after a fan reached into the glove of a home team outfielder and stole an out?Â  The fan didnâ€™t even catch the ball!

No one expected the Cubs to get to the playoffs this year.Â  Everyone said that next year the Cubs would be scary but no one counted on the Cubs using half a dozen rookies in important roles, getting top seasons from young veteran players, having a pitcher become Walter Johnson and Christy Mathewson reincarnated, and have as good a second half as the Blue Jays or the Mets!

As a dispassionate fan, I want to see exciting matchups.Â  The Houston Astros have a great chance to send the Yankees packing.Â  The Astros are young, talented and hungry.Â  The Yankees are like a monolith, big, strong, but immovable.Â  They are old, tradition-bound, and boring.Â  Iâ€™m itching to see Houston humble the Yanks!

The Blue Jays and Rangers have powerful offences but Torontoâ€™s offence ranks with the best in the modern era.Â  I would love to see the Blue Jays play a couple of playoff game in Houstonâ€™s stadium!Â  In order for that to happen, the Astros would have to upset the Royals.Â  Last year the Royals were the new face of the playoffs; this year they are favourites to win the World Series.Â  Favourites donâ€™t always win, however.Â  The last time the Astros got to the post-season they went to the World Series and lost four straight to a White Sox team that refused to lose.

Cubs-Pirates; Cubs-Cardinals; Cubs-coasts.Â  The Cubs have a manager, Joe Maddon, who seems to know exactly how to handle a team of rookies, young vets, and a smattering of older players.Â  If the Cubs can overcome the pressure of the post-season, they can go to the World Series.Â  The talent on that club is simply astonishing.

As a partisan baseball fan, I would love to see the Blue Jays pound their way to the World Series.Â  As awesome as their offence is, Iâ€™d like to see them win the ALCS on a great pitching performance by David Price aided by another highlight reel catch by Kevin Pillar.Â  The Cardinals, Pirates, Mets, and Dodgers all deserve a chance to win the World Series but I ache to see the Cubs in it.Â  As a partisan, I want the Blue Jays to win but as a sentimentalist, I want to see the party that will take place in Chicago if the Cubs somehow go all the way.