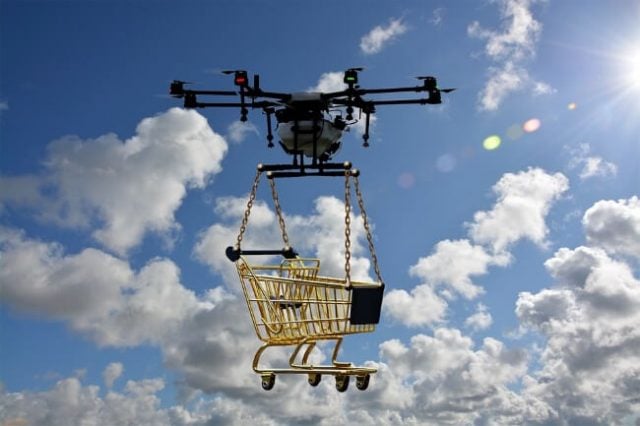 Thanks to a landmark decision by the US aviation authority, the Federal Aviation Administration, the Wing Aviation unit belonging to Alphabet Inc., parent company to global search engine Google, will soon become the first company ever to start delivering goods and parcels by drone; and as early as later this year. The state of Virginia will benefit from the service first off once the special commercial delivery system is in place.

What this means practically speaking, is that goods ordered from local businesses in the state will be delivered to places of residences by means of drone technology. The service will be launched in Blacksburg, Virginia, and will include flights beyond the normal lines of visual sight. Furthermore, said Alphabet, parcels will be transported over the heads of people; therefore the need for specialised regulation and permissions from the FAA.

US Transportation Secretary Elaine Chao stressed the fact that safety is and will remain of paramount importance in drone deliveries as well as any other like endeavours. She added that the latest development is an important step forward as far as the integration of drones into the greater economy is concerned. The potential must be tapped and will no doubt prove highly valuable, but safety, according to Chao, will always remain the number one priority.

The FAA-issued permit will be valid for an initial period of two years, after which it will be reviewed.

More Cities To Be Added Soon

Alphabet called on the expertise and experience of Virginia Tech as well as the Mid-Atlantic Aviation Partnership, and according to the FAA, Wing efficiently demonstrated its ability to meet strict FAA-enforced safety standards. What’s more, Wing has already undertaken more than 70,000 successful test flights in Australia, as well as having made in excess of 3,000 local deliveries to Australian customers.

Soon, residents living in Helsinki, Finland, will be able to enjoy the same service as that offered to residents of Canberra, Australia, Wing is currently investigating the many possibilities associated with drone technology. Some of its useful applications include the delivery of medicine to those not able to collect from locations outside of their homes or immediate vicinities.

Get ready for the BEST casino games ever! Sign up with a Canadian-friendly casino NOW.