Every Year for Twenty Years: Bummer 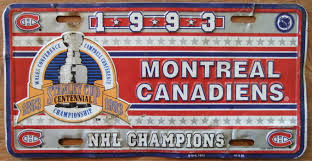 Now that the Stanley Cup Playoffs are over, and yet another team from the U.S. has won the Cup, the questions about Canadian hockey have returned, primarily why no Canadian team has won the Stanley Cup in twenty years. Even though I live now in Florida, it irks me to read about teams from Florida or Southern California in the Finals! There are many possible explanations but the two that seem to me the soundest are poor team management and simple, pure dumb luck.

The one explanation that I find exceptionally insidious is the conspiracy theory that the NHL, under the leadership of American Gary Bettman, will do everything it can to avoid a Stanley Cup Finals featuring two small market Canadian cities.

The first problem with this theory is that it assumes small market American cities are preferable to their Canadian counterparts. Is that really why St. Louis always implodes in the post-season? Is that why the Wild, from Minneapolis, have lost to Chicago three years running? Perhaps Pittsburgh can be convinced to trade Sidney Crosby to a large market for lesser talents. Small markets in the U.S. may be bigger than Calgary but they are still small markets. Couldn't the NHL rearrange the divisions to almost guarantee a large market final series? And, finally, are Toronto and Montreal not big enough markets to fall into the beloved big market class as seen by this theory?

The second problem with this theory, as with all conspiracy theories, is that in today's mass communication and instant communication society, a conspiracy of this magnitude could not possibly last twenty years. I couldn't believe even one year, much more twenty. The powers that be couldn't possibly be so foolish as to embark on such a scheme. The NHL has a popular brand which would crash and burn if the truth of such a conspiracy were to come to light.

Brands Can Last Forever Unless They Screw it Up

This reminds me of the ephemeral nature of mass popularity and brand recognition. It is the story of a very popular American beer that shall remain nameless and how it destroyed its brand in a matter of months. This beer was popular but still far behind the market leader. Upper management sought to increase profits by cutting costs rather than by improving the product or improving the brand. So management approved a new brewing process that would make the beer sellable in a shorter period of time. The problem was that the new beer tasted terrible, so bad in fact that they lost their loyal customer base. It was easy for beer drinkers who were never especially fond of the beer to stop drinking it entirely. But the new beer was so bad that even long-time loyal drinkers of the brand stopped drinking it and refused to come back to it even after the company apologized and returned to its former brewing process! Bankruptcy soon followed!

Such is the temporariness of brands. Here today and gone tomorrow! So it would be for the NHL if it had so much as one meeting to discuss fixing the Stanley Cup Finals!

Nevertheless, Canadian Teams Fail to Reach or Lose the Finals

So, why do Canadian teams lose in the playoffs? Statistics would indicate at least one Canadian Stanley Cup winner in twenty years. The answer truly is, in my view, just a combination of bad luck and poor management. Winnipeg and Edmonton haven't been premier franchises for many years. The last time Calgary got to the finals was 2004 and they lost! Vancouver and Ottawa have teased their fans but fallen short. The decades-long run of championships for Les Canadiens ended when the franchise could no longer pick the top French players out of Juniors every year. Management took two decades to recover from the shock of needing to actually earn a deep run in the playoffs. This leaves Toronto, the sad sack of Canadian sports franchises. I suspect that there are many young fans from the Toronto area who identify more strongly with the Argonauts than with the (formerly) hallowed Maple Leafs!

The NHL: A Study in Canada, U.S., and Europe

I decided to do a little study on my own. Where do the players on the last five Stanley Cups finalists hail from? I found that although Canada is the smallest geographical source of NHL players, more NHL players grew up in Canada than in the U.S. or Europe. This is a double phenomenon of our time: first the influx of players from the U.S. and, two, the huge influx of players from Europe. The vast majority of American players come from Minnesota, Michigan, and New England. They can be said to be Canadian in hockey terms! The Europeans come from all over. Both Europe and the U.S. are several magnitudes larger than Canada yet supply fewer players than Canada. So Canada must still be doing something right as far as developing world class hockey talent.

Do Canadian Teams Underestimate Europe and the U.S.

After the Brooklyn Dodgers broke the racial colour line in Major League baseball in the late 1940's, teams signed many black players. Teams that signed few or no black players did much poorer than teams that signed black players based on talent alone. The Boston Red Sox, for example, were owned by a wealthy southern gentleman and were the last baseball team to sign a black player. As a result, they were among the worst teams in baseball for two decades.

No Canadian team has ever been as prejudiced against outsiders as were the American baseball teams in the past. But is it possible that the Canadian teams lacked sufficient scouting and player evaluation personnel at a time when most of the NHL was looking at U.S. and European players?

So, in my humble view, Canadian teams must improve in all areas if they want to hoist the Stanley Cup once again. I see good things ahead for Winnipeg, Ottawa, and Calgary and have my fingers crossed with regard to the Maple Leafs given the new era about to unfold with the hiring of Mike Babcock as coach. I fear for the future of Edmonton as an NHL franchise. Montreal seemed poised to reach the finals a couple of years ago and fell short. But they may need only a part or two to get over the hump. Vancouver will soon begin to rebuild after a decade of playoff disappointments.