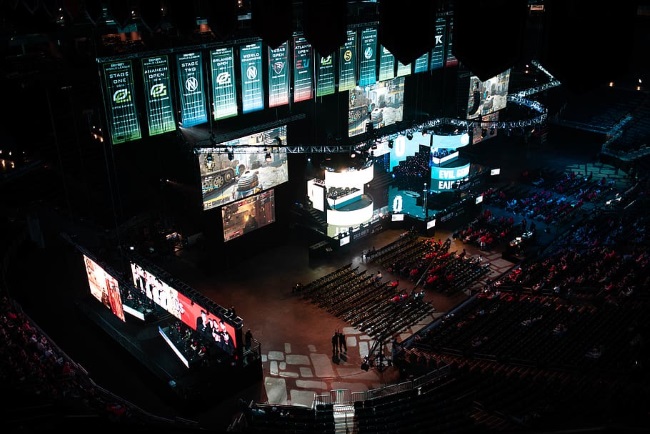 Major sports- and entertainment events all over the world are either being cancelled or pushed back as the coronavirus continues to make its way across the continents. The pandemic is driving us online as we look to alternative forms of entertainment and something to do whilst in isolation. Social distancing is a thing and in order to keep sane in a time of forced introspection, digital entertainment is fast beginning to outrank typical physical get-togethers. And whilst eSports for the longest time got moved to the backburner in the face of traditional sports, now that everything from F1’s Australian Grand Prix to the remainder of the current NBA season have been cancelled, competitive video game events requiring little to no physical human interaction at all are beginning to attract a great deal more interest than before.

Even though major eSports events at many arenas have been cancelled due to gamers typically gathering in their thousands as competitors battle it out on big screens, the industry is able to continue doing what it has been doing without too much of an interruption. It is in fact in a similar position to that of the NBA in that competitions can be played without crowds being physically present, with big tournaments as a rule streamed to fans and viewers world-wide in any way.

And the proof, as they say, is in the pudding. Counterstrike CS:GO last week reported all-time high participation as 580,000 concurrent users engaged with the game on popular streaming platform Steam. And CS:GO is obviously not the only game offered on Steam. Games like CS:GO and League of Legends have long ago already begun making their way onto some of the world’s leading sportsbooks.

Recent estimations indicate that $14 billion is being wagered on betting on eSports events across the globe each year. And it’s quite safe to assume that this figure has spiked since the outbreak of the coronavirus.

What proves a distinct advantage when talking eSports as opposed to traditional sports events is the fact that video games can be streamed across networks and that this was already a typical way of “doing things” even before the outbreak of Covid-19.

That the outbreak is already changing the way in which we approach commerce in general is no secret. The only “relative” is the extent to which each individual industry is affected and will be affected over the coming months.