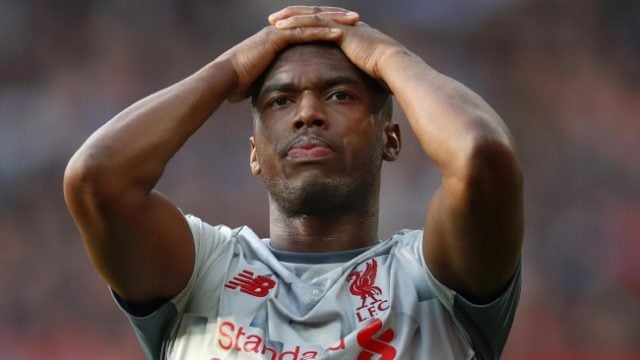 The English Football Association (FA) has sanctioned English football star Daniel Sturridge, after it was discovered that the player had leaked information about his possible transfer. An independent regulatory commission determined that Sturridge was guilty of 2 of the 11 charges brought against him. The FA has however said that it finds this to be exceptionally disappointing and that it plans to appeal the decision of the commission so that Sturridge is forced to face the full brunt of his wrongdoings.

The commission discovered during its investigation that the ex-Liverpool player had leaked classified information to family members on various occasions. Sturridge had last year, immediately ahead of his transfer from Liverpool to Sevilla, advised his brother Leon to wager big on the likelihood of the transfer going through. This went down during a time when the general assumption was one of Sturridge joining Newcastle on player loan. The big giveaway in terms of the player’s involvement in the leak turned out to be the fact that the transfer did not at the time materialise and so brother Leon ultimately was advised by Daniel not to make the bet after all.

But what helped seal the player’s unfortunate fate was the advice that had been offered to yet another family member, namely Anthon Walters. Walters ended up being $10,000 out of pocket when Milan club Internazionale and Liverpool failed to reach a last-minute decision regarding Sturridge’s transfer to Milan.

It all came to a heated conclusion and subsequent implication of Sturridge when bookies started to suspend certain markets as a result of a number of unusually high bets being placed on the likelihood of the player moving (on loan) to West Brom.

The commission of enquiry confirmed that had bookmakers not been as vigilant as what they had been, bets to the value of $25,730 would have been placed by direct family members of Sturridge; bets that would have seen returns totalling $396,700, had they actually been placed and accepted.

Sturridge was eventually slapped with a punishment consisting of a 6-week ban from playing soccer, of which 4 weeks were wholly suspended. He was also ordered to part with a $94,000 fine. The punishment is considered by the FA as being grossly inadequate, especially given the fact that the player’s next official season only kicks off in August.

Bet on ALL the world’s most popular sports online. Get GREAT ODDS now!