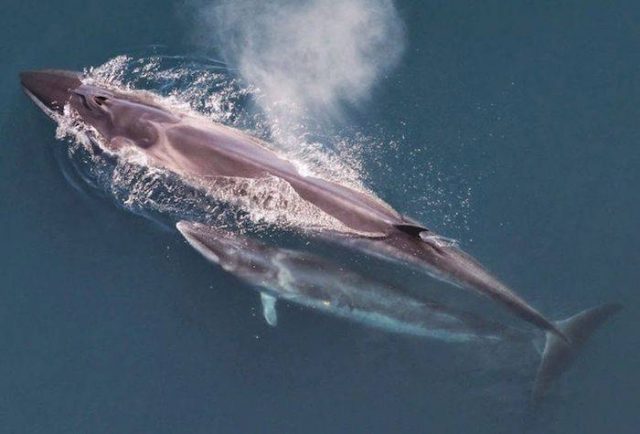 A Canadian Pacific marine mammal populations survey had a few surprises in store for researchers, but perhaps none was more so than the sighting of Sei whales. The pod off the British Columbia coast was the first time the endangered whales have been seen in the country’s waters in more than 50 years.

Known for being one of the fastest mammals in the oceans, their North Pacific population once exceeded 60 000. They became a favorite target of whalers, which led to a catastrophic drop in numbers. It was so severe; they hadn’t been seen near Canada long before the country’s 1960s whaling ban. They had been seen in the Pacific off the United States coast between 1991 and 2001, but nothing could have prepared researchers for this year’s sighting.

According to Department of Fisheries and Oceans’ Thomas Doniol-Valcroze, it was completely unexpected. The research biologist added that his teammates on the Coast Guard ship had never seen them before, which added to the excitement of the occasion.

Doniol-Valcroze said the team was led to the pod by floating sonar devices, although they were not certain that the sounds they heard were from Sei whales. He explained this was because no one knew what sound they made in Pacific waters.

By following the sounds and using a trusty pair of binoculars, the team was able to confirm their identity. 5 of them had joined a pod of fin whales, of whose family they and blue whales form part.

Survey Prompted By US Conservation

Unfortunately, sighting the pod was not enough for the researchers to know its current population numbers in the country’s waters. Still, even this was not enough to dim Doniol-Valcroze’s positivity, as research teams also encountered greater numbers of harbor porpoises than they had expected.

The 10-week survey was the first done by the federal government in the Pacific. It had previously surveyed marine mammal populations in the Artic and Atlantic oceans off Canada’s coast.

This has been in response to a 2017 provision under the US Marine Mammals Protection Act, part of which required updated Canadian data. According to the act, countries that supply the US with seafood must demonstrate that their fishing industries do not affect marine mammals negatively. The last time such a survey was conducted in the country’s Pacific was 15 years ago, as an initiative of the Raincoast Conservation Foundation.