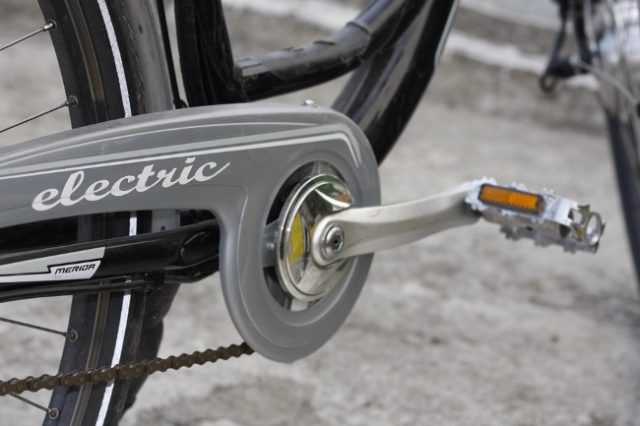 Online shopping may appear to be a solution to road traffic congestion, but the reality is quite the opposite. Its easy to lose track of the fact that even though the shopper hasn’t had to leave his or her home, someone else has: the person tasked with delivering the order to its end-destination recipient.

Amazon previously appeared to be onto something when the online retail giant experimented with delivering parcels with the help of drones. But this system isn’t without significant limitations. For one thing, weight is currently limited to 2.3kg, given the particular cost and capacity of the drone technology. And then of course there was last year’s incident that involved a drone crashing near a group of children, which put a major damper on the entire concept. Drone-deliveries are as a result now being restricted to rural areas. Weight limitations remain a problem.

But there’s one more alternative that appears to be a more practical solution in all the ways that count: electric cargo bikes. And cities like Vancouver and Montreal are really getting into trying these out as a potential solution to yet another man-made problem.

How it works is that an electric motor will kick in just as soon as it becomes apparent that the operator of the bike may be struggling to pedal the cargo forward. This makes for an important tick on the problems-solutions list, being the issue of weight. E-cargo bikes are able to carry up to 350kg at any given time. This is apparently more than what some fully loaded traditional gas-driven road vans are carrying. There’s a whole lot of typical online shopping potential that would fit into 350kg, especially when considering that the bulk of the green-house-road-congestion is being caused by small-item deliveries.

The general assumption is that e-cargo bikes are safer too, especially since the operator has a wider field of visibility and cannot travel at high or dangerous speeds. Safety concerns remain challenging though, with the main challenge being having to compete with other heavier and faster vehicles on the country’s roads.

The City of Montreal is going all-out on the experimentation front and in September launched Project Colibri (with colibri being French for hummingbird). Colibri is basically a former bus depot that has been cleverly transformed into a delivery and distribution hub. How it works is that goods are initially dispatched to the delivery hub, after which those goods are redistributed to e-cargo bikes for distribution to end-users.

City officials hope to eventually incorporate additional practical solutions such as cooling systems for perishables and small electric cars during the Canadian winter-months.

Bet on the world’s BIGGEST cycling events online. Sign up at a sportsbook NOW!