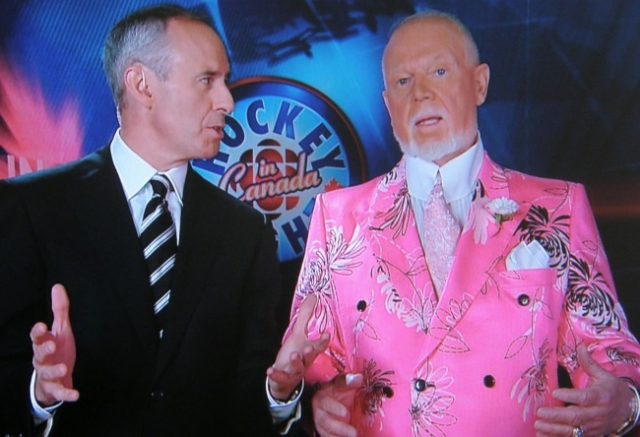 Cherry complained on-air this past weekend that he rarely sees people who he assumes are outsiders wearing the emblem of remembrance. Unfortunately, his comments quickly sparked widespread criticism among the hockey community, leading to his losing his position.

On Monday, the local Sportsnet network issued an apology to viewers and noted that following the contentious remarks; it was time for Cherry to step down with immediate effect. Sportsnet president Bart Yabsley added in a statement that the commentator made inflammatory comments during the show that do not mirror his company’s beliefs at all.

Cherry is also a former ice hockey player and Canadian coach who embarked his game commentary career in the 1980s. He rose to fame through his legendary appearance on Coach’s Corner, a Canadian Hockey Night segment that has been a favourite among sports fans since 1952.

Speaking on Saturday’s Canada Hockey Night show, Don Cherry called out immigrants in Toronto for not wearing poppies like most Canadian citizens do. He said in his rant that the least they could do is pay a few dollars for a poppy, noting that the foreigners seem to love locals’ way of life but criticising them for not conforming with Canadian customs. He also noted that soldiers in World War I paid ‘the highest price’ for the lifestyle they now enjoy in Canada.

The red poppy’s roots as a symbol of remembrance stem from the First World War and the opening lines of Canadian officer John McCrae’s WWI poem, In Flanders Fields. The poem often references the poppies growing in Flanders fields between the crosses commemorating the victims of the devastating war.

Today, poppies are worn primarily in the UK and in Commonwealth countries such as Canada, New Zealand, Australia and South Africa. They are not as common in the USA, but Americans can sometimes be spotted donning them as well.

Public Lashes Out in Response

MacLean apologised to the public for failing to intervene, while Defense Minister Harjit Sajjan Tweeted a thread that highlighted minority Canadian veterans. Sajjan added that he hopes the moment can be turned into one through which people can learn about all who served in the war.

Don Cherry has graced Canadian television screens for many decades, and has become known for his flamboyant style and straightforward remarks. He is also a long time supporter of the local military. However, his unapologetic comments on everything from hockey violence to female sports journalists have often gotten him into trouble. This time, the commentator offered a rare mea culpa for his rant.

See if YOU can win BIG. Find out more about SPORTSBETTING online NOW!