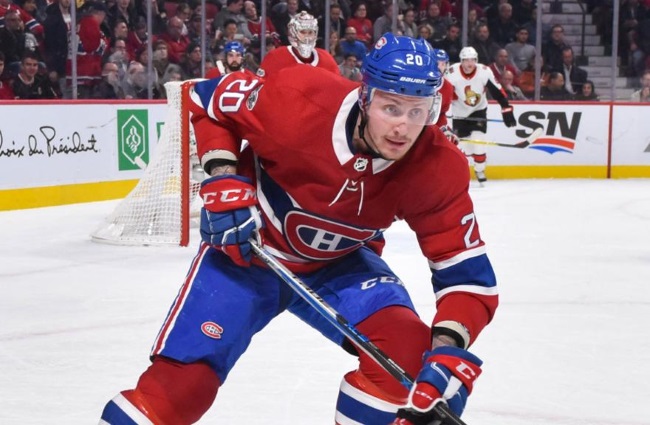 He’s no stranger to grinding down the centre and raising mayhem on the enforcement front. And so, Nicolas Deslauriers would in all likelihood have laughed at a suggestion that his Anaheim left wing antics would one day ensure his entry into the Ducks’ record books for scoring a record number of goals by way of the fastest hat trick in the history of the franchise.

It all went down during Tuesday’s NHL game between Anaheim and the Ottawa Senators, with Deslauriers ultimately nearly single-handedly responsible for the 5-2 victory over the opposition thanks to his quick and nimble way with the puck.

It’s not as if Nicolas Deslauriers had seen any of it coming either. He seemed genuinely surprised during a post-game interview, saying that merely scoring a single goal is something really special – let alone a hat trick of epic proportions.

And epic proportions they certainly were as far as proportions go. The Tuesday night piece of trickery is the player’s first hat trick in 375 games. According to Deslauriers, it may take him another 5 or 10 games before putting another puck on net.

Scoring a goal is basically something he mainly does at home, quipped the elated NHL player.

Left Swipe For The Win

The clincher came when Deslauriers completed a natural hat trick by swiping a wrist shot from left-circle angle, and one that bounced right off of opposition-goaltender Marcus Hogberg’s glove and shoulder. The result was a 4-0 lead in favour of the ducks. The side swipe had been his second goal in all of 32 seconds.

All in all, said coach Dallas Eakins after the game, when a player gets rewarded for scoring goals when scoring goals isn’t what that player is known for, it all makes for a pretty amazing night in sports. That and the biggest smile ever to have come from the corner of Deslauriers, of course.

Teammate David Backes shares the sentiment expressed by Anaheim’s coach. He echoed that a player like Deslauriers can generally say with reasonable certainty that a hat trick may never feature in all of his career, and its exactly that which makes a hat trick in under 12 minutes to be all that more special a feat.

The hat trick performed by Deslauriers is only the third one completed in the first period in the entire 26-year long history of the Ducks franchise.

Put your money on the NHL! Place your bets ONLINE today.