Dane Evans Pitched Up On Sunday – Here’s Why 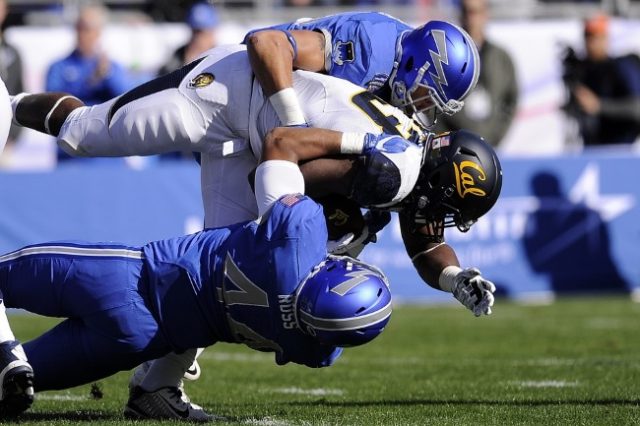 Hamilton’s Tiger Cats may not have “done what they had set out to do” during Sunday’s Grey Cup stand-off against the Winnipeg Blue Bombers, but at least it had been the challenge daunting- and at the same time exciting -enough to ensure a stay on Ticats quarterback Dane Evans having up his football boots and trading it all for a premature career in coaching.

But if truth be told, that’s exactly what had gone down in Evans-land at the time of his having been benched by the NFL’s Philadelphia Eagles at training camp back in 2017. And to make matters horrifically worse, that was before training camp was even officially over for that year. What had started out as a lifelong dream finally coming to fruition suddenly ended in Dane Evans returning to Tulsa (Oklahoma), leading the local University of Tulsa team to 10 wins in a question of 12 months and eventually offering up his services as coach of team Golden Hurricane.

But a dream to eventually turn to coaching is no consolation prize for Evans. The quarterback recalls always having kept coaching somewhere in the back of his mind for that day when he eventually stopped playing. And it certainly isn’t and has never been the result of a lack of love for the game. Even University of Tulsa head coach Phil Montgomery agrees.

Montgomery refers to Evans as special and “his guy”. He describes having to help make a decision regarding Evans’ future whilst dealing with his own personal life as nothing short of a tough move. And the feeling is mutual as far as Evans and his “Coach Monty” are concerned. Coach Monty had after all been the one to encourage him and to allow him to believe that he “wasn’t yet done”.

Coach Believes He Should Play

The fact that Hamilton did not win the Grey Cup on Sunday completely aside, the good coach believes that Evans will only continue to get better and better still the more he’s given the opportunity to play.

Evans’ big secret is the fact that he pushes through; the fact that all he really needs is a “foot in the door”. And what a foot in the door means to the star quarterback, says coach Montgomery, is that even though he’ll inevitably end up making mistakes along the way; everybody does; at least he’ll learn something from those mistakes each and every time.

Bet on the BIGGEST football games in the WORLD. Sign up at a Canadian sportsbook.