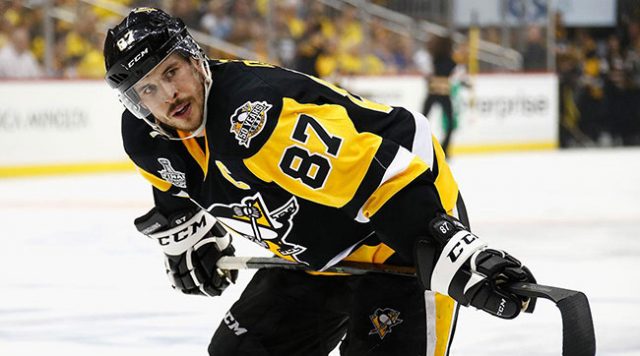 Canadian hockey star and Olympic gold medalist Sidney Crosby has been named the most valuable player (MVP) of the National Hockey League All-Star Game for the very first time in his career at the NHL.

Crosby, who originally hails from Cole Harbor, Nova Scotia, received the title last Saturday in San Jose, California. During the championship round of the tournament, the player managed to strike two goals and three assists to gain five points as the Central Division was beaten by the Metropolitan Division at 10-5.

In the two miniature games, Pittsburgh Penguins center Crosby achieved four goals and four assists for a total of eight points. In order to qualify for the finals, he also had two goals and another single assist as the Met Division beat the Atlantic Division by 7-4.

In the Met Division’s win over the Central Division, the Canadian hockey pro managed to score another assist on a goal by the New York Islanders – and more specifically, the team’s center Mathew Barzal of Vancouver, BC – to open scoring at the period’s 22 second mark. Crosby’s teammate from the Penguins, defenceman Kris Letang of Montreal, Quebec, was the player behind the other assist.

From there, Crosby managed to grace the score sheet once more at 3:40 when himself and Barzal achieved assists on a goal by Letang. This put the Met Division up to 3-0. Crosby’s first goal of the tournament came from NY Islanders’ Barzal at 9:55, putting the Met Division up once more to 5-0.

Nova Scotia’s newest MVP then scored again from his competitor Barzal at 14:02 of the period, putting the Metropolitan Division up once more to 6-2. His final point was earned through an assist on one of Barzal’s goals at 17:16, putting the division up to 9-3. Once again, Letang was credited with the other assist.

READ MORE: Sharpe Snowboarding His Way to the Top

Canada’s on a Winning Streak

Crosby has now become the Penguins’ fourth player to be named an MVP of the National Hockey League All-Star Game. Interestingly, the other three players holding the ‘most valuable player’ title are also from Canada.

The winning streak began back in 1973, when Greg Polis from Westlock, Alberta won the title. From there, Syl Apps Junior of Toronto, Ontario earned himself the coveted title just two years later in 1975, and Montreal, Quebec’s Mario Lemieux won the status in 1985, 1988, and then again in 1990.

Place your bets online.
See if YOU can predict a winner at a top Canadian sportsbook!