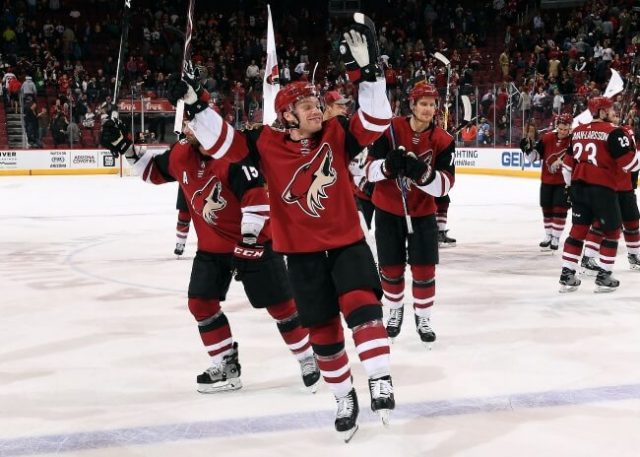 Las Vegas casino owner and businessman Alex Meruelo is officially the first Latino to have purchased a National Hockey League team. This following the National Hockey League (NHL) having granted Meruelo its official approval of his having offered to purchase the Arizona Coyotes. Meruelo, in addition to obviously being a big fan of the NHL and hockey in general, owns the SLS Las Vegas Hotel & Casino. Thanks to Meruelo’s offer and the NHL’s subsequent approval, the Vegas casino owner is now headed towards becoming the majority owner of the Coyotes.

The deal is expected to be finalised during July. No further details have been revealed as of yet, but inside sources have hinted at the fact that the purchase price forked out by Meruelo may have been as low as $300,000. This isn’t a big surprise though, as the team has really been struggling to strut its stuff. So much so that it hasn’t managed to finish up in a better position than 28th out of 31 teams since the 2006/2007 season.

Change May Be What They Need

The hope is that new ownership will drive the necessary change for the Arizona Coyotes. Attendances of games have been at an all-time low for quite some time now and the plan appears to be to move the team to an altogether new and different location in an effort to jump-start a new passionate following. The alternative would be to come up with creative new ways in which to rekindle a general interest in the team in order to spike attendances at Glendale’s Gila River Arena.

The hope of sports betting legalisation in Arizona has been expressed on more than one occasion whenever the Arizona Coyotes have come up in conversation. By allowing sports betting involvement the team may be awarded a new lease on life. The NHL has over the years become a lot more lenient when it comes to the involvement of people related to the casino industry.

More On The Man Meruelo

But Meruelo is a man of many interests and those interests span further than hockey and gambling. He also owns a prominent real estate and construction company that trades under the umbrella of the Meruelo Group. In addition to his endeavours in real estate he also owns a television station and 5 radio stations; all based in Los Angeles.

Meruelo is of Cuban-American ascension and is a well-known entrepreneur and billionaire.

Ready to bet on the NHL? Place your WAGERS online and WIN!