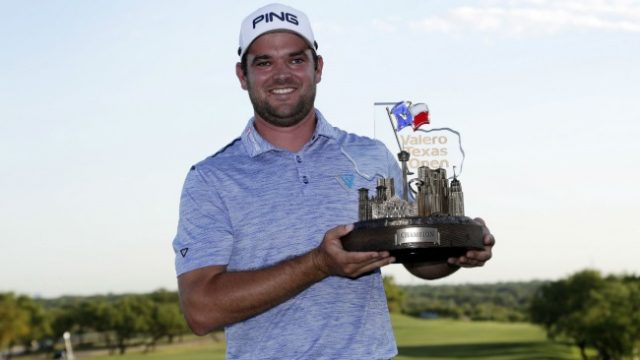 Canadian pro- golfer Corey Conners looks to be more excited about no longer having to start his work-week on the first day of the week than about the fact that he’s just secured the final slot in this year’s Masters. On Sunday, Conners won the Valero Texas Open, a mere 6 days after having entered the tournament the previous Monday. This also makes himthe first golfer to have won on the PGA Tour, having qualified on a Monday, in 9 years.

Conners is notably relieved about no longer having to partake in Monday qualifications. According to the Canadian, Monday-qualification makes for an exceptionally stressful week. He now to heads towards Augusta, Georgia, where he will get to meet up with golfing colleague Mike Weir, who happens to be the 2003 winner of the event. Weir and Conners are the only two Canadians to have qualified for this year’s Masters.

This year’s Masters will be Conners’ second. In 2014, he finished in runner-up position in the US Amateur. He made personal history too, having never before won on any PGA-affiliated circuit. This made for a wild round for the Canadian. But it must have been written in the stars, especially considering the odd rarity of having entered on a Monday and still won the tournament. The last player to have done this before Conners did was Arjun Atwal, who had managed to do so back in 2010 at Wyndham. Before Atwal, it had not been done in a total of 24 years.

The amazing bit is that after the Valero Texas Open had drawn to a close and was in the bag, Conners wasn’t able to at all recall his final-round scorecard! The excitement must have gotten to him in a big way, as he is well known as being one of the math geniuses of the golfing world. He completed his formal education at Kent University and majored in actuarial studies, but apparently the rollercoaster ride that was the final moments of the tournament are now but a blur to the Canadian golf star.

And really, there’s no need to trouble his heart or mind with anything other than the fact that what had started out as 10 circled birdies, shooting 6 under 66 and only 4 pars having paved the way, ended up in his having beat the hell out of Charlie Hoffman for the honour of having secured his maiden Tour title.