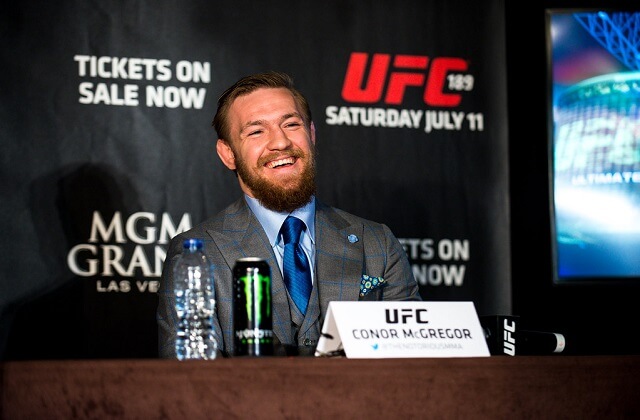 UFC star Conor McGregor says he’s retiring. And it’s an intention UFC big boss Dana White is willing to (albeit tongue-in-cheek) accept.  McGregor on Sunday after what appears to have been yet another spur-of-the-moment decision, took to Twitter in order to announce his retirement from fighting. The UFC star posted a photograph of himself next to his mom that had been taken shortly after one of his World title wins in Las Vegas and captioned the image with a seemingly emotional retirement notice and heartfelt gratitude directed at his fans. Intentions aside, Twitter also just so happens to be the apparent platform of choice for the making of career-ending announcements. McGregor is after all a repeat offender in the resignations department – having had on two previous occasions declared himself ready to retire from combat fighting.

“Fake” retirement announcements are in fact part of a long-time tradition honoured by combative sport and especially boxing and MMA fighters. There’s nothing quite like it for realigning the attention of fans or even big-fight decision makers.

Must Read...Conor Wants A Piece Of Justin After UFC 249

McGregor’s most recent retirement announcement is his 3rd in 4 years. The first was Twitter-ised in 2016 and the apparent result of a fallout between the fighter and the UFC over the way in which last-mentioned had gone about promoting the then-upcoming fight between the Irishman and Nate Diaz.

After having declared himself ready to retire young and thanking fans and possibly the money-train UFC for “the cheese”, Conor McGregor was back again later that year in August, having shown up for the Diaz fight after all.

All Eyes On The Summer

The spirited Irishman’s second retirement was announced in March last year. Dana White would later express the opinion that McGregor’s second retirement had been the result of a ploy aimed at tempting the UFC into offering him (McGregor) ownership shares in Ultimate Fight Club. He must have made his peace with how felt had dealt the blows that time round too, because in January this year, the Irishman made his return to the ring to square it off quick-work style with Donald “Cowboy” Cerrone at UFC 246.

The Irishman’s ego always eventually gets the better of him – not unlike pretty much everyone UFC ever. And since White had declared himself more than willing to allow McGregor a title shot at whoever emerged the winner in this coming summer’s Khabib Nurmagomedov / Justin Gaethje skirmish, retirement seeing is retirement believing.

Bet on MMA online. See if YOU can back a WINNER!