For the first time ever, the Bank of Canada has released a special report focusing on climate change. More specifically, the report details the many ways in which climate change poses a definite and real threat to the country’s finances and local economy in its entirety. Each year, the Bank of Canada releases what is known as a Financial System Review (FSR). This year’s review, which was very recently released, identifies and examines possible “soft spots” or vulnerabilities in the country’s financial systems, as well as offering a general overview of the country’s levels of resilience from a financial point of view. When thinking climate change, most people will immediately assume that the conversation will revolve mainly around the environment and mankind’s ability to survive future environmental changes. But interested parties have for many years been impressing it upon the bank that climate change entails more for the Canadian economy than what meets the eye. READ MORE: Beckie Scott’s WADA Bullying Claim Dismissed

Bank Of Canada Follows The Lead

The Bank of Canada isn’t the first bank to recognize the need for a more pro-active approach when it comes to climate change and financial stability. In 2017, a network consisting of a forum of international banks launched what is known as the Network for Greening the Financial System. The Bank of Canada this year announced that it would now be joining the network. According to Kevin Quinlan, former chief of staff to the office of mayor Gregor Robertson (Vancouver), the fact that countries with very different economies when compared to that of Canada are setting the bar and the agenda when it comes to the effects of climate change on financial systems, isn’t good news for Canada. In fact, said Quinlan, it puts the country in a definite position f disadvantage. The general consensus is that the bank is ideally placed to examine and model the various potential threats that climate change may imply for the country. This, say the experts, doesn’t only serve the purpose of the bank looking after its own mandate in the financial scheme of things, but also ensures that the bank acts in the capacity of protective steward for the people of Canada. 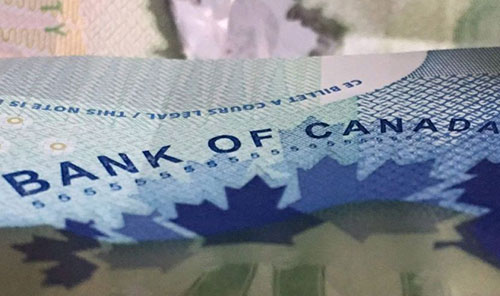 Canada has been part of the climate change revolution for a very long time, and has shown its commitment to the cause by having undersigned the Paris Accord. The accord makes provision for countries to commit to lower their greenhouse gas emissions in order to limit the rise of global temperature. Meeting that target affects all businesses operating in the field of the fossil fuel industry. According to the Bank of Canada, once Canadians understand how this ties in with their investments; including pension fund investments; there will be more clarity and a better understanding with regards to why climate change is such an important consideration even on the banking side of things.

Bet with the best. Sign up at a TOP RATED Canadian sportsbook ONLINE!