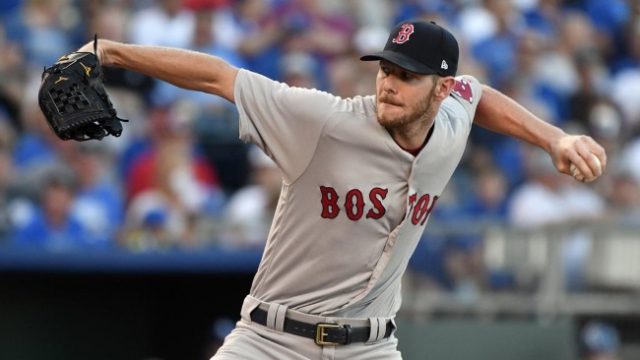 Chris Sale, the legendary lefty of the Boston Red Sox, has reached a brand new career milestone. The talented player is being celebrated for having reached 2,000 career strikeouts faster than any other pitcher in the history of the sport.

Born on 30 March 1989 in Lakeland, Florida, Sale is a 1,98m tall, 82kg pitcher that has played for some of the strongest US teams in history. He currently earns a hefty salary of around $30m for his efforts, as well as his record fastest pitch of 92mph. Sale’s average fastball velocity clocks in at 89.1mph.

Most recently, Sale entered into his recent baseball game against the Indians with 1,995 strikeouts last Tuesday. The pitcher struck out the side in the first, reaching his unparalleled milestone in the third when he managed to fan rookie rival Oscar Mercado.

According to information supplied by the Red Sox on the development, Sale has broken Hall of Fame member Pedro Martinez’s mark by reaching 2,000 strikeouts in just 1,626 innings. Martinez, the previous record holder, did it in 1,711 and a third innings.

Randy Johnson previously held the second place record for reaching the plateau in 1,733 and a third innings, and baseball icon Max Scherzer managed to reach it in a respectable 1,784 innings.

Despite Sale’s impressive performance, it is no secret that the player has battled somewhat this season. He entered into his 25th start at just 6-11, boasting an ERA of 4.41. Regardless, he still holds the best strikeout to walk ratio in the majors since 1920, leaving fans to believe that his current struggles are definitely only temporary.

Troubled Year for the Player So Far

The 30-year-old player is currently in his third season with the Boston Red Sox after spending 7 seasons with the Chicago White Sox. He kicked off 2019 with 4 straight losses and didn’t score his first win until May 3 this year. However, with all that said, there are a few months left in the year yet, which could be plenty of time for Sale to kick up a gear and wow the world with his skills once more.

Likewise, the reigning champion team also needs Sale at the peak of his game down the stretch in the remainder of the year. Boston is the holder of a 63-59 record, which has 17.5 games back in the American League East and another 8 games behind in the AL wild card race.

Bet on baseball ONLINE. Get your bets in NOW and see if you can back a WINNER.