What do Chelsea Donelon and Steph Curry Have in Common? 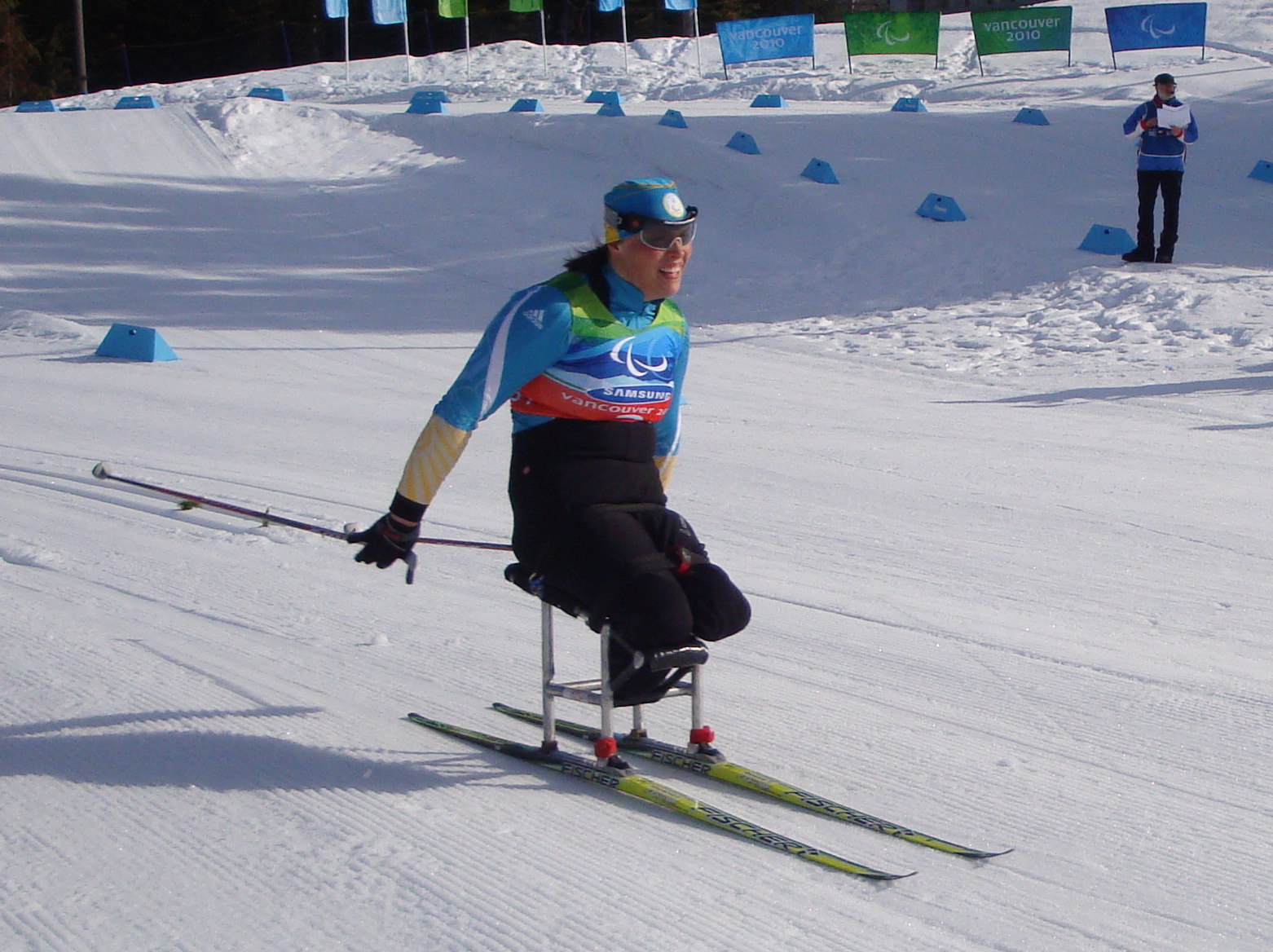 A fortuitous article appeared here last week by my colleague Susan Clark in which she extolled the efforts of students at Strathcona High School in Edmonton to raise money for worthy causes. The annual Strathcona High School charity event began, as Susan reported, when a student, identified only as Chelsea, was severely injured in an auto accident.

Her Classmates Became Pro-active for Her

The students banded together and raised $27,000 to build a wheelchair ramp in the school and to convert Chelsea's home to wheelchair accessibility.

My curiosity was peaked and I wanted to find out more about Chelsea. Fortunately, Chelsea is alive and well and a paraplegic athlete of some note.

– Play Hundreds of Instant Games at All Slots Casino –

Chelsea Donelon was one of five recipients of the Stacey Levitt Women and Sport Scholarship for 2012. Chelsea's primary competitive sports are sit skiing and para-swimming.

Chelsea was always athletically inclined. Before her accident, she excelled at ski racing. In 2007, when she was in the 11th grade, and she was only one half year away from qualifying for international ranking, her world changed forever. The accident was tragic on many levels. Not only was Chelsea left paralyzed from the waist down, but her mother and grandparents died in the crash. Chelsea suffered seven broken bones including both arms, both ankles, and two vertebrae.

After such physical and mental trauma it would be reasonable to think that Chelsea would have withdrawn into herself. As Chelsea says, she always feared change and suddenly her world had become synonymous with change. But Chelsea had and has an athlete's mentality. The physical exertion of sports pushes the most ardent athletes. Chelsea also always loved the outdoors. So, rather than give in to her suffering, Chelsea turned it into something of a blessing.

After her high school graduation, Chelsea went back to her alma mater as a coach. She was active in convincing the Edmonton City Council to keep the Scona Pool open. Her presence at Strathcona High School compelled school authorities to expand their para-sports competitions.

Today Chelsea is all about conquering new heights. She wanted to climb a climbing wall but was rebuffed at first because wall climbers normally need their leg muscles to push themselves higher and Chelsea has no usable leg muscles. As always happens when Chelsea faces an obstacle because of her handicap, she advocated for climbing wall access for the physically disabled and won. After all, if the straps are applied to the climber correctly, they cannot fall to the ground so the worst that could happen to Chelsea is that her arms would tire and she would have to be lowered to the ground.

As it turns out, Chelsea does quite well on the climbing wall.

– You Can Do Well at All Slots Casino –

Wall climbing is just one of many sports Chelsea participates in: Pilates, horseback riding and horse training (in partnership with a professional horse trainer),

Chelsea recently gave an interview in which she demonstrated clearly that she has a true athlete's demeanor. "I want people to know I'm amazing, but not because I'm in a wheelchair. I want to change that narrative of being an inspiration because I'm not. I shouldn't be an inspiration for doing anything that isn't a stand- alone inspiration."

Clearly, Chelsea has a big, athlete's ego. She wants the attention our society gives to athletes and she wants to be seen as an athlete not as a wheelchair athlete.

Her commitment to climbing that wall and to do all the other things she does shows that she is driven by the adrenalin that pushes athletes to greater and greater achievement.

A Woman in the Forefront

Chelsea is not just an athlete, though. She has found it necessary to push organizations to accommodate her in numerous cases. She even says that the constant need to advocate for better handicapped access is exhausting. She needed Strathcona High School to install an elevator so she could attend classes on an upper floor. She needed to push the University of Alberta to make a lecture hall accessible. She pushed the University of London to make its campus library more accessible.

Chelsea advocates for new, stronger building codes that make will make every new building wheelchair accessible. She rejects outright the notion that wheelchair access is not needed everywhere. "It really bothers me because it assumes people with disabilities aren't going to be doing this." Chelsea says that the cultural assumption that disabled people can't do certain things needs to be challenged and changed. A person who can't walk can do everything except those things that require walking.

A Rising Demographic: People with Disabilities

One aspect of wheelchair accessibility that I've not seen mentioned anywhere is that modern medicine will create wheelchair-bound people than ever before. Only great medical facilities and a medical system prepared to bear the cost of her rehabilitation could have saved Chelsea from dying from her enormous injuries. The number of paraplegics will certainly grow; Chelsea will be in the forefront of moving the usually slow-moving entrenched organizations to improve accessibility and opportunity for the disabled.

Chelsea has a degree in politics and international relations from the University of London. She wants to work in international development where she will no doubt advocate strongly for wheelchair accessibility. "I want to be an inspiration for doing something that is meaningful and amazing in the world, not because I did something that anyone else can do. I want to be epic." Today she is an intern with the government of Alberta advocating for people with disabilities.

Chelsea Donelon gave a magnificent Ted Talk a couple of years ago. It can be easily accessed on YouTube.

Chelsea's story is inspirational and informative in many ways interesting to me as a blogger on sports. She has the competitive edge of a top athlete; she wants no special treatment toward success other than access; she demonstrates that many sports that are normally performed by legged athletes can also be performed by sitting (or climbing) athletes.

Chelsea is wrong in one important aspect, though. She says that she doesn't want to be an inspiration for doing things whilst in a wheelchair. She wants to be an inspiration for improving the world through her actions, regardless of the fact that she is mobile only via a wheelchair. What Chelsea misses is that many of us, perhaps most of us, are awed by her drive and determination and our awe is, for us, a function of the fact that she does so many things that would be hard for us to do and she does them whilst confined to her wheelchair.

– Climb to the VIP Club at All Slots Casino –