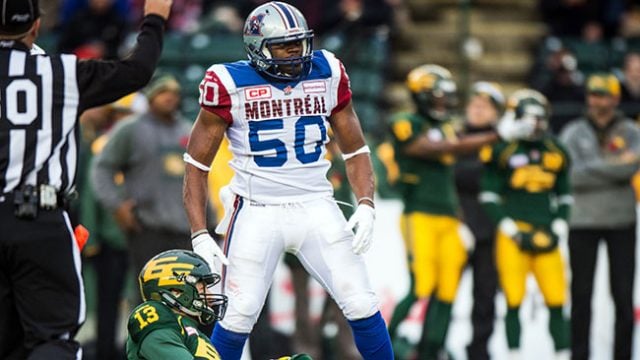 There’s nothing quite like the threat of a stay-away from football training camp to miraculously restore the “labor peace”. The CFL and CFLPA issued a statement late on Saturday, confirming that a disagreement threatening to disrupt training, which was scheduled to commence on Sunday, had been, for the most part, ironed out. A deal had apparently been reached between the players and the CFL, albeit of a tentative nature.

Labor negotiations between the CFL and the CFLPA recently reached near-boiling point when the CFLPA instructed its players not to show up at training camp if a mutually beneficial agreement wasn’t reached with the Canadian Football League. The CFL has been pushing for a new collective bargaining agreement (CBA) between the league and its players for quite some time. It seemed at one point that the two parties would continue to fail to come to some sort of an agreement that did not adversely affect either entity.

Talks between the CFL and the CFLPA commenced in March of this year. The discussions were actually long overdue and were necessitated by urgent changes that had to be made to salary structures and player safety.

The situation reached boiling point when the CFLPA’s second Vice President, Solomon Elimimian, proclaimed that players would no longer merely follow the lead and “shut up and play football”. This was followed by Executive Director Brian Ramsay’s resolve to drive the negotiations all the way home by having maintained; and quite loudly and publicly so; that a no-deal situation would ultimately lead to a now-show situation.

Ramsay offered an explanation for his choice of action, which was considered by many as being extreme. The director said that the association merely sought to look after the best interests of its players and that it considered the negotiation of fair and reasonable remuneration packages for its players to be exactly that.

At one point, an imminent stay-away appeared to be where the situation was headed towards. Ramsay said at the time that the association fully realized that fans were growing concerned about how the situation was unfolding, and that this was in no way ideal or in keeping with the true spirit of Canadian football. But, stressed Ramsay, fans would do well to consider how concerned the players must have felt, especially when considering the bigger picture, which was one of players being underpaid and feeling undervalued as a result thereof.