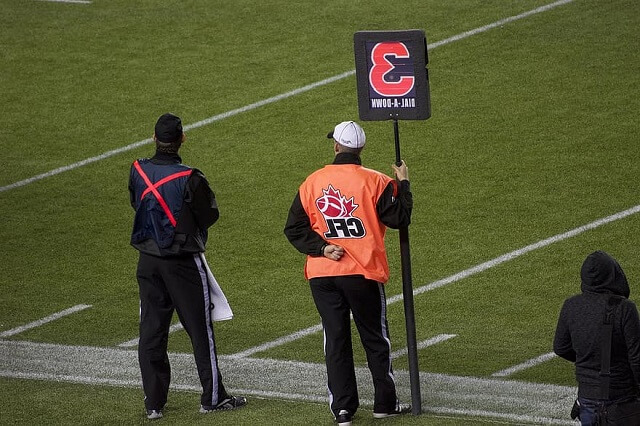 While several CFL players will have to try and find alternative sources of income following the cancellation of the 2020 season, a cancelled season right about now is also an opportunity in disguise, say players Bo Levi Mitchell and Adam Bighill.

Referring to the CFL’s 2020 season cancellation announcement after the league’s recent failure to secure from provincial government in Ottawa a CA$30 million interest-free rescue loan, the players this week during a spate of conference calls offered a surprising take on not being able to play professional football for what would have been the remainder of an abbreviated season.

Bighill and Mitchell both voiced similar opinions on what all the cancellations could potentially mean for the CFL – given that the league were to make proper use of the unexpected opportunity the cancellation has created. This, say the Winnipeg middle linebacker and the Calgary Stampeders star quarterback, is effectively an opportunity to improve the on-again off-again strained relationship between the Canadian Football League and the Canadian Football League Players’ Association (CFLPA).

Time To Fix What Is Broken

Since most of what the league and the CFLPA now have is time, the best use for it would according to Adam Bighill be to build a better relationship in terms of, especially communication. Referring to repeated comments from CFL commissioner Randy Ambrosie regarding a fractured business model, Bighill said he believes the sudden hiatus to be a splendid and unique opportunity to ask those questions necessary in order to fix what is broken.

Mitchell will on a personal level make good use of the time away from the field by allowing his shoulder to 100% heal following surgery – a small mercy he says he appreciates despite everything that’s been going on.

A Chance To Do Things Better

The relationship between the CFL and CFLPA has been everything but smooth sailing. Even something as simple as basic communication regarding the league’s plans for 2020 seemed a ticking timebomb when CFLPA executive director Brian Ramsey in June voiced his frustrations with the CFL on social media.

Several things could have been approached in different and more effective ways, said Ramsey at the time, and in specific reference to the until-recently controversial collective bargaining agreement.

Bet on SPORTS online. Get the most competitive ODDS very time!