CFL is More Fun to Watch than the NFL 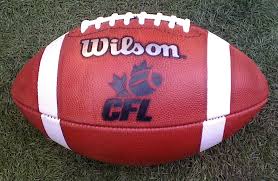 The Canadian Football League season is about to start so itâ€™s time I rehash the many reasons why I prefer Canadian football over American football.Â  First, let me discuss one reason that is often cited for preferring the CFL that I donâ€™t ascribe to.

Some CFL fans hate the NFL because the minimum salary is far higher than the highest salary in the CFL.Â  Class antagonism never gets me going.Â  The NFL has more fans, more teams, a big television contract, and more elite players.Â  Anyone who can parlay size, speed, and athletic ability into millions of dollars will get no quarrel from me.Â  If anything, I would only criticize any professional athlete making immense sums of money who doesnâ€™t find a way to give some back.Â  The notion that some NFL players are egotistical jerks is nothing more than a tautology.Â  Youâ€™ll find egotistical jerks in every profession.

I Prefer the CFL Because:

There are Far More Great Players in the NFL

It has been said that the difference between players in a top league and a lower league in any team sport is consistency as often as it is speed, strength, or overall athletic ability.Â  Iâ€™m not an expert player evaluator so I will leave that aspect of comparison to others.Â  But many players have commented about the athletic skills of the average player in Canada.Â  This leads to the conclusion that what really separates the leagues are the two or three superstar players on every NFL roster.Â  These elite players earn so much more than a CFL team could pay that thereâ€™s no question which league will get them.Â  For many other players, there is little to separate them athletically but the far larger CFL field means that CFL teams look for a sleeker look in many positions such as offensive and defensive lines and linebacker.Â  CFL teams recruit players who canâ€™t fit into the NFL for size reasons, not because they are inferior athletes.

By now you must have concluded that I prefer the rules that CFL teams play by.Â  I can dream about the NFL playing by CFL rules even if it is unlikely ever to happen.