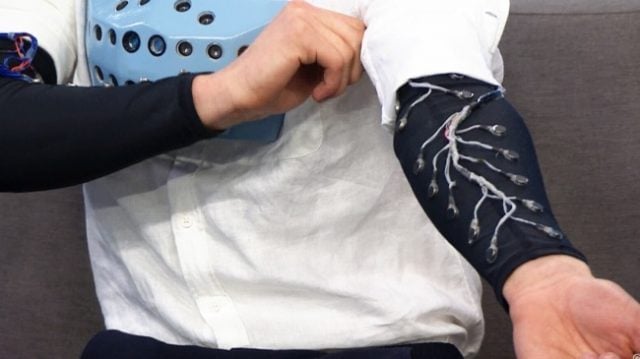 18-year-old Manning Whitby isn’t your run-of-the-mill post teen. Not by a long shot. Whitby is one of Canada’s finest young scientific minds, having developed a wearable perception aid to be worn by individuals affected by various degrees of visual impairment. Not only did Whitby receive national recognition at Canada’s countrywide science fair, but the youngster is soon off to Bulgaria to compete in the European Union Contest for Young Scientists.

Whitby will be enrolling at Ottawa University soon too, which was something that the brilliant young mind was particularly concerned about. Having had to lose out on more than a month’s worth of school days, the youngster grew concerned about how the time away would ultimately affect his marks for university acceptance. But Whitby was concerned for no reason because not only will he fall in at Ottawa soon, but he also gets to have a shot at international science recognition first.

According to Whitby, the project was a time-consuming one and the youngster recalls having had to work all summer to try and improve the prototype. But success comes to those willing to put in the hours and so it did to Whitby too.

The device truly is a life-changing tech concept as it gives wearers the ability to get around and navigate their surroundings with reasonable ease and confidence. To the individual not able to, in the most extreme of cases, distinguish light from dark, a prototype such as the one developed by young Whitby, can mean the difference between being alive but dead, and living a full and satisfying life.

Eyes With Which To See

How Whitby’s device basically works is that it perceives the environment that surrounds the wearer of the device by means of the interpretation of feedback received from environmental vibrations. The device is able to detect various aspects of an individual’s surroundings and gleans its information from spatial ratios. Thanks to the feedback relayed to the wearer, the individual is then able to judge not only depth and distance, but also the exact location of any given object.

Whitby now dreams of stepping it up a notch by incorporating GPS technology. The ability to follow a set path and to effectively navigate from point A to point B will ultimately mean that individuals suffering from visual impairments will soon be able to live completely independent lives.